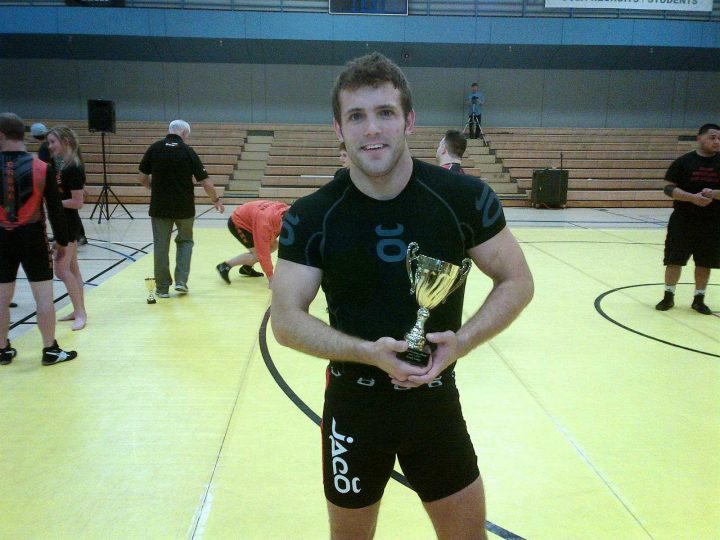 When we recently spoke with Arthur Andre, the head of operations for Grapple Asia, which organized the ADCC Singapore Open 2018 on March 10, he was emphatic about ADCC providing the best overall ruleset for all styles of grapplers and wrestlers.

Now some of those mentioned there who have not yet availed themselves of the opportunity to compete in ADCC events are taking notice: the catch wrestlers.

In catch wrestling, you can win by pin or submission. In most catch wrestling events there are no points. And the pin, of course, obviously discourages jumping to guard, where people can pin themselves or make it easier for their opponents to do so.

The ADCC rules also penalize jumping to guard. They clearly state that there will be a “negative point” assessed “when a fighter voluntarily jumps in the guard or goes from standing position to a non-standing position by any means and remains down for 3 seconds or more, he will be punished by a minus point.”

And that is something which catch wrestlers are finding very appealing.

Curran Jacobs, the former captain of the Michigan State wrestling team, is undefeated in catch wrestling, and has won at the Catch Wrestling Alliance’s 2016 and 2017 Frank Gotch tournaments in Iowa, which have brought together top wrestlers, grapplers, and MMA fighters.

Commenting on the ADCC rules, he wrote, “I think that’s a great idea!

“I think butt scooters and guard pullers are embarrassing. Learn how to wrestle, learn some takedowns.”

He is seconded by Dr. Raul Ramirez of the Catch Wrestling Alliance.

This means that if high level catch wrestlers competed in ADCC, they would have a good chance of success.

“History has shown that properly trained catch wrestlers have the ability and flexibility of mind to dominate in a variety of combat competitions regardless of the rules,” he wrote.

“It would be great to see more athletes trained in authentic catch wrestling competing in ADCC.”

The door is open to the many ADCC events around the world leading to the ADCC Worlds in 2019, and we shall see if the catch wrestlers walk through it.