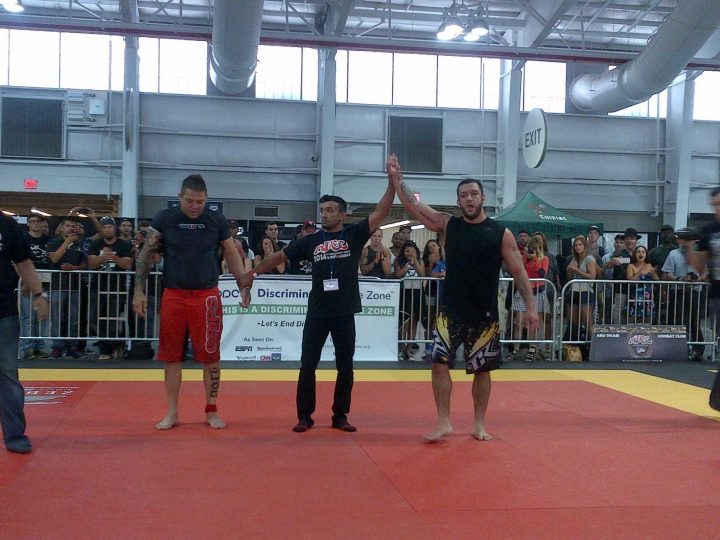 It may seem like a long way off, and the deadline for registration is October 28, but the 1st ADCC North American Trial 2018 is already attracting a lot of attention.

This event will be held Saturday, November 3, at the Central Regional High School in Bayville, New Jersey, USA.

“We got a ton of signups already,” said event organizer Tom DeBlass. He knows directly how important these Trials are, as he has won them in the past and has competed at the ADCC Worlds and other ADCC events.

And even though the 1st ADCC North American Trial 2018 is about six months away from now, awareness about it is high in the grappling community.

“We’re doing pretty good so far as who knows,” he said. “People know that the Trials are coming and they know where they are.”

The reason is that “it’s advertised” on the ADCC web site and the ADCC Facebook page.

With summer coming soon, some people may lose sight of the need to sign up in order to compete. You can get all the information on the 1st ADCC North American Trial 2018.

And for those really planning ahead, Tom confirmed that there will be a West Coast Trial and qualifier for the ADCC 2019 Worlds.

Photo: Tom DeBlass defeated Renato “Babalu” Sobral in the ADCC superfight at the ADCC competition at the MMA World Expo in New York on July 26, 2014.