Despite MMA career, Rafael Lovato Jr. not leaving ADCC behind 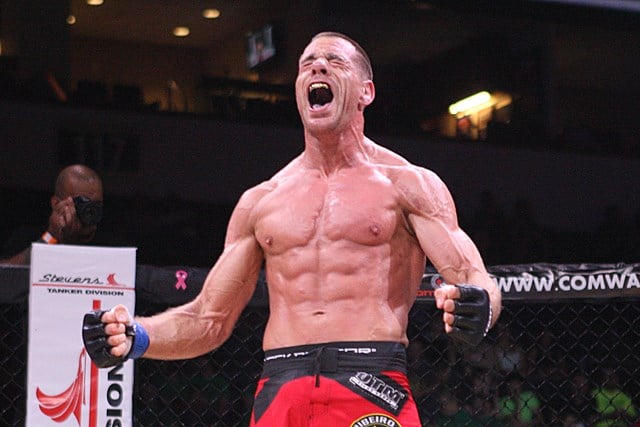 Despite his recent string of success in Bellator, Rafael Lovato Jr. is committed to his submission grappling career. When asked by ADCombat.com if he planned on returning to the ADCC Submission Wrestling World Championships in 2019, he said, “Yes, 100 percent.”

Lovato signed with Bellator last year and has gone 3-0 in the promotion. Even though he is competing at the highest level in MMA, he continues to be active in the grappling space. At the 2017 edition of ADCC he won his first two bouts over Eliott Kelly and Mahamed Aly before dropping a pair of referees decisions against Felipe Pena and Jackson Sousa. Lovato does not see an issue with balancing the two sports.

“I don’t really feel like it is an extra challenge necessarily, because jiu-jitsu and grappling is what I’ve been doing my whole life, so it is really just second nature and I’m always teaching jiu-jitsu, training with my students and competitors, getting them ready for their events,” he said. “So for me it is just stay busy, keep myself in shape, keep myself focused and, you know, I like to do grappling matches as a way to start my camp and get the adrenalin pumping a little bit and then go into fight camps. So for me, it has not been very distracting. You can really feasibly do two to three healthy MMA camps per year. So there is a little bit of time in between, and I like to use that time in between to get a jiu jitsu or grappling event in and just keep myself always in a rhythm.”

Lovato remains committed to teaching jiu-jitsu and living what he calls the martial arts lifestyle despite his budding career in the Bellator middleweight division.

“We are a jiu jitsu school. We don’t really train fighters, we teach jiu jitsu, we teach the martial arts lifestyle and inside of that I have a couple guys that will fight,” he said. “Obviously when it comes to MMA, I’m much more experienced now that I have seen, felt and been through a lot, not everything, but I am getting to where I feel like I have an understanding of all aspects of the game.”

In his last fight, Lovato picked up an upset over All-American wrestler Chris Honeycutt. While the odd had him as the underdog, Lovato was not surprised by the result. The veteran grappler felt that his reliance on submission grappling helped him pick up the win.

“No it didn’t surprise me,” he said. Jiu-jitsu is an equalizer, you know what I mean? You give someone threats and you can take away their ability to feel comfortable in different situations, because they feel the threat of the submission. And inside my jiu-jitsu career, I’ve wrestled a lot. I’ve gone against a lot of wrestlers in my time competing, you know, especially in ADCC and big submission grappling competitions, so I made it a point to work on becoming the most well rounded jiu jitsu competitor I can be and that involved training a lot of wrestling and judo. So I am comfortable doing the takedown game and blending the jiu-jitsu with it and it can be a threat. But I still made mistakes. He did still take me down a couple of times, and I got pinned up against the cage by a guy who has a really strong base and is shorter than me. So I was still put into positions that I wasn’t happy with, and I learned some good things from it.”

On Saturday at Bellator 198, Lovato returns to action against John Salter who is a respected grappler in his own right. Lovato remains confident that he will be able to take the fight into his world and dominate.

“He has a lot of experience, so there is not going to be anything that I going to be able to throw at him that will surprise him even on the jiu-jitsu side of things,” he said. “He is a very accomplished on the submission grappling. He won the ADCC Trials. He’s been in there with some of the best in the world in just pure grappling as well. I don’t think I am really going to be surprising him much with anything and that is going to be most difficult element that he is going to bring to this. He has been there. He is very experienced, but on the other hand, I am very confident in my skills and in my ability to be ahead in all ranges of combat, or fighting, and put things together in a way that he hasn’t felt at least in a while. He has been pretty dominant as of lately. I can’t remember seeing him in a hard fight. He’s been finishing everyone so easily, so I think on that end of the spectrum I’m going to be more difficult for him. I am going to be surprising him more than the way he is going to be surprising me, because I am not like anyone he’s fought.”