Arthur Andre of Grapple Asia on ADCC in Singapore 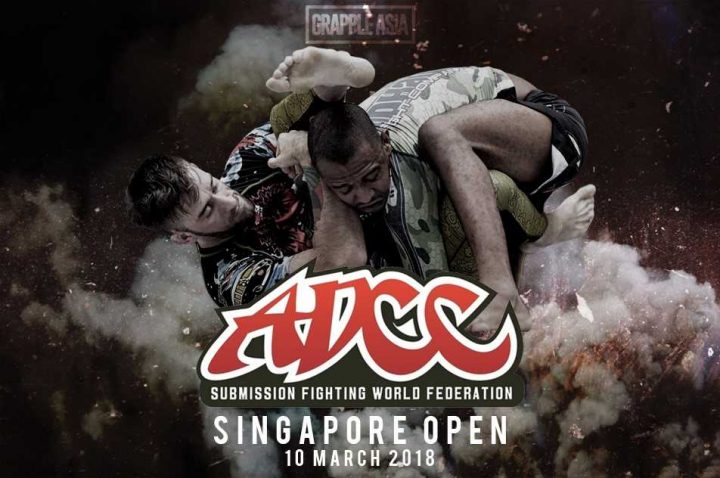 When the ADCC Singapore Open 2018 was held on March 10 at Singapore’s Aperia Mall, it was the first official ADCC event in that country. The local organizers were from Grapple Asia, and while nothing has yet been confirmed, they hope it will be followed up by another ADCC event later this year.

For Arthur Andre, the head of operations for Grapple Asia, having an ADCC event in Singapore was part of a maturing process for his organization, which was established in 2014.

“The reason why we brought in ADCC was, we saw that everyone started to jump onto this ship of no-gi submission grappling,” he said in an interview. “Everyone was trying to accept it. Maybe when we started back in 2014, it was like, ‘Hey man, leglocks are bad.'”

He recalled the time in Singapore not long ago when some jiu-jitsu professors shunned many of the techniques used in grappling.

“They have a very traditionalist mindset that going for leglocks means you can’t pass the guard. And no heel hooks because it’s bad. And no reaping because you’ll bust people’s knee, and stuff like that.”

“But, maybe because of the global scene, the Gary Tonons, the Gordon Ryans, the whole 10th Planet squad, and just all the EBIs, the Polaris, the ADCCs, and also the way they perform and then putting in leglocks in the game and how they dominated the scene as well, it just shows people, ‘Hey man, you can’t neglect this.’

“Let’s take an example of Gordon Ryan at the last ADCC [Worlds],” where Gordon Ryan won gold in the -88kg division.

“He rolled with Cyborg Abreu. Cyborg Abreu is a monster black belt. No one can deny his black belt. He’s legit as you can get. But Gordon Ryan just dismantled him, his leglocks, just simple stuff that he’s used every day. And he just perfected it as razor sharp. And all over the world people identified that. They realized that.”

“And when we organized ADCC here in Singapore, we brought it in because there was an interest in [it]. Also we feel that, let’s give an opportunity for the guys to get good at it. And the only way you get good at it is that you compete.”

He gave another example of Craig Jones of Australia, who took fourth place at -88kg at last year’s ADCC Worlds.

“He came out of Australia. Here was an outlier. People didn’t even know who the hell he was. And they burst onto the scene,” he said.

“There are still many talented but little-known grapplers from Oceania and other regions,” he noted. “So we wanted to give the opportunity for these guys to compete amongst each other. And in the long run, it will build up the level of grappling, especially no-gi grappling, and a very wholesome form of submission grappling where nothing is neglected.”

Another key factor is the ADCC ruleset.

“We would want to give the region an opportunity to compete and get good. So in the long run, maybe in ten to fifteen years time, you can see maybe Singaporeans, Malaysians, Filipinos, or even an Indonesian, guys from countries that are relatively unknown in big competition, maybe just start to pop out in the big ADCC championships.”