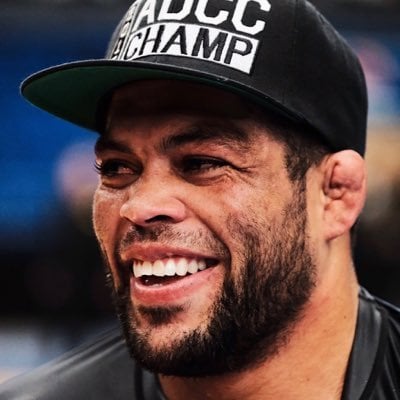 A grappling legend and one of the most successful competitors in ADCC history is retiring.

Andre Galvao, the winner of the last three ADCC Superfights, in 2013, 2015, and 2017, and the winner at -88kg and the absolute division in 2011, as well as a multiple-time world champion in BJJ, has announced that his days as a competitor in Brazilian Jiu-Jitsu are coming to an end.

“I think this chapter of my life is over. It’s sad, but happy at the same time. Sad because I will need to stop doing what I love most,” Galvao told FloGrappling recently.

“I have nothing to prove to anyone anymore. It’s hard for an athlete to announce he needs to stop, you’re done, it’s over. I have ideas that I planned for my future, there’s a lot of things going on at this time in my career.”

But there may yet be one final competition for Galvao, who turns 36 in September. As the 2017 ADCC Superfight winner, he is committed to facing 2017 absolute champion Felipe Pena in the 2019 ADCC Worlds Superfight.

Reports about Galvao’s retirement seem to indicate that he will indeed compete in that 2019 ADCC Superfight, but no other competition until then. There is, of course, plenty of time for all this to be cleared up.

For now, Galvao will continue coaching at the world-renowned academy he co-founded, Atos Jiu-Jitsu. He hopes to lead his team so that they “are not only champions on the mat but that they can overcome challenges and become a better person, living their dream just liked I lived my dream.”