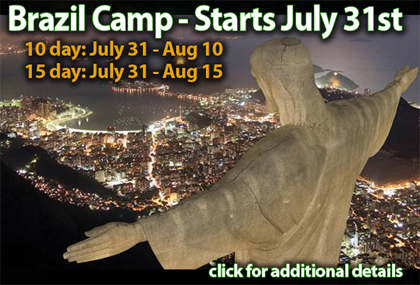 Kid Peligro had lunch with Demian Maia yesterday. He is spending time in San Diego with his wife. I asked him how he was and he said he is doing fine said that everyone is contacting him for interviews and more. He can’t believe how everyone has been so supportive and how the events of the fight turned out. He also said he loved Abu Dhabi: “What an incredible city! Everyone says it keeps changing and progressing so much. It was impressive.”

He is leaving today to go to Brazil and then to Finland for a series of seminars.

The legendary Royler Gracie is doing a series of semianrs in Canada right now. Check out the list below and don’t miss the chance to learn from the master:

Brandon Hetzler received his black belt from the hands of master Rickson Gracie at the 2010 Pans. With Kron’s recommendation and After 3 fights with 3 submissions Brandon was promoted on April 11, 2010 by Rickson Gracie. Brandon has been a loyal and dedicated student for the pass 8 years and is an official representative in Sacramento,Ca

Alliance leader Romero “Jacare” sent us this picture of what he calls the “Pillars fo the Aliance Team” as he puts some are missing in this photo including “Cobrinha” and Garcia.”