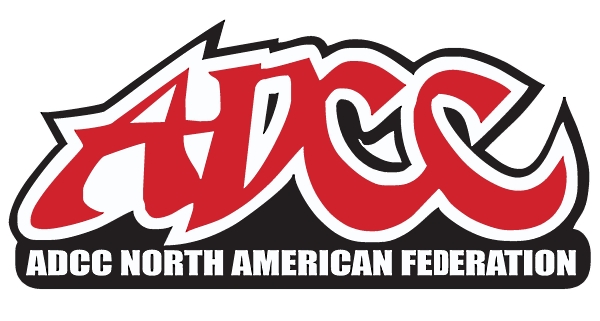 For the past decade plus ADCC has been the premier Grappling event in the World, the event has grown tremendously and spread throughout the Globe with trials and national tournaments in the four corners of the planet but somehow ADCC has not had as strong presence in America as it should. Now with renewed vigor at all levels and with new President in long time ADCC executive Peter Baltaliysky at the helm that is about to change. One of Peter's first appointment has been Carlos Carvalho, so we eagerly caught up with him to find out what are the plans for ADCC USA.

KP- Tell us about you, your background etc?

CC- My name is Carlos Carvalho I'm from Salvador- Bahia Brazil. I've lived in US for the past 11 years. I practice Jiu Jitsu for over 16 years, and I'm a black belt 1 degree under Arthur Ruff. I have a degree in film and post graduation in business. I've been involve with martial arts in different ways, producing, training, competing and organizing events of BJJ, grappling and MMA.

CC- There so many things that appeal to me about the ADCC.  Where do I start?  First of all, what other competition brings together athletes from the various martial arts forms such as: BJJ, Judo, Catch-Is-Catch-Wrestling, Shooto, Sambo, Freestyle and Greco Roman Wrestling, Pankration and Jiu-Jitsu to compete in what can be considered the purest form of Martial Arts competition where grappling and submission wrestling is paramount.  Like to think of the ADCC as the Olympics of Submission Grappling where athletes have the opportunity to represent their country as they compete for the title of World’s greatest Submission Grappler. It’s the only competition that exists that answers the age old question, which martial arts style is the best and the answer is determined on the mat.

As you know the ADCC is the only true global submission grappling competition.  Tournament qualifiers take place year around in 44 countries cover 5 continents.  Here in North America alone we will have two North American qualifiers for the ADCC World Championship. ADCC is a non Profit organizations in Abu Dhabi, and all profits are going to this institution. ADCC is the organization that most pay their athletes (Millions of dollars).  Realistically, it wouldn’t be to far-fetched to see Olympics adopt the ADCC rules of submission grappling as an official Olympic rules within the next decade. Also, we are have been feverishly working to establish relationships and introduce ADCC’s style of submission grappling on college campuses throughout the U.S. and the armed forces and military veteran community.  In the near future, we will have some major announcements on this front.

KP- How did you join the ADCC?

CC- Have been a huge supporter and advocate of the ADCC for many years.  During my competitive and professional travels over the years unique occasions occurred where the ADCC called upon me to assist them with various endeavors ranging from supporting tournaments to providing business guidance.  Since am committed to the sport of submission grappling, believe in leading by example, and believe in the ADCC, I gladly volunteered my time in support of their mission to continue to grow the ADCC Submission Grappling Federation.  As you know, the ADCC is interested in generating more awareness and growing its brand of submission grappling in North America.  As part of their plan the ADCC wanted to establish a team of professionals to meet the aforementioned mission objectives.

One of the critical areas the ADCC determined that needed to be addressed was to have a team who not only understood business operations, marketing, promotion, leadership, but a person who understood the ADCC and its athletes.

Long story short, received a phone call from Peter Baltaliyski, ADCC North American, President, and he offered me the position. Also together in our team we have a new Operational Officer Mike Davis, with a long time experience and understanding about the business, he is  a big add to the Team, Taking care of our EAST SIDE conference.  Till this day I am humbled and honored to be a part of the ADCC and be able to serve in a capacity where I can positively contribute and have an impact on our sport of submission grappling.

KP- What are your short term, mid-range, and long term goals for growing the ADCC?

CC-  In the short term, my team and I will build upon the successful legacy our predecessors left behind.  However, like any successful operation or organization, there is always room for improvement.  One of my favorite adages is: fail to plan, plan to fail.  We have been aggressively reviewing standard operating procedures, business practices, lessons learned, promotional and marketing strategies, tournament operations, protocol practices etc. in an effort to identify challenges, develop solutions, and implement strategies that will ensure the ADCC continued success in North America.  Simply put, we are implementing RPIE (Research, Planning, Implementation, and Evaluation).

KP- There are so many top grapplers and ADCC competitors here.  ADCC doesn't seem to have a strong foothold in the U.S. as one would expect.  Why is that?

CC- I can’t speak to the past, and will not speculate.  However, based on my of subject matter expert professionals and myself can share with you just a snapshot of our analysis.

·        Only a small target audience, inner circle of martial artists, is aware of the ADCC.  It is imperative educate and bring the ADCC’s brand of grappling to the rest of the market i.e. general sports fan, other athletes, members of the media, female athletes, mothers, fathers, and members of the public outside our community.

·         Whatever we do must focus on the following factors:
a. Lead by example.
b. Ensure we maintain our credibility at any cost.
c. Continue to keep the athletes in mind when developing and executing tournaments.
d. Remain open-minded and embrace new ideas and relationships.

·        Accept the fact since the inception of the ADCC, there has been numerous grappling and submission promotions entering the market but still no one can be compare with ADCC in any level.

However, we welcome the competition and we will elevate our game to the next level while staying true to our commitment to excellence.

KP-  How are you going to bring the ADCC back to prominence in North America?

CC-  My team and I are aggressively working to continue to augment our team of professionals to a winning strategy to once again make the ADCC in America the premiere Submission Grappling Organization.  We are approaching our challenge using this axiom as our compass: Fix the problem and not the blame.  Keys to the ADCC success will include: establishing uniformity, protocol, chain-of-command, standard operating procedure, developing sound business strategies (see below), accountability, and the promotion of a winning attitude from top down. We are going to have a more present and strong federation.

Making sure ADCC America team members are accessible to the news media, key publics, and the community

KP-   Currently are there any events planned?

CC- The Next ADCC Qualifier it will be in  October 14 in San Diego, and will be Produce and operated by ADCC Canada Riccardo Ammendolia.  After that the US federation will be responsible for the second one, that will take a place next  year at a EAST coast city.  The beginning of our National championship will start soon and some cities already have been select like CHICAGO, New York, MIAMI, DENVER, SAN Diego, LAS VEGAS, and HONOLULU.  This time we are in the planning stages of developing and implementing events.  It is our intention to have at least 8 events annually plus our Qualifiers  .  As soon as we locked down the dates, a member from the ADCC NA Media Relations Department will announce.

KP- How can people contact you to help out or if they have any questions?