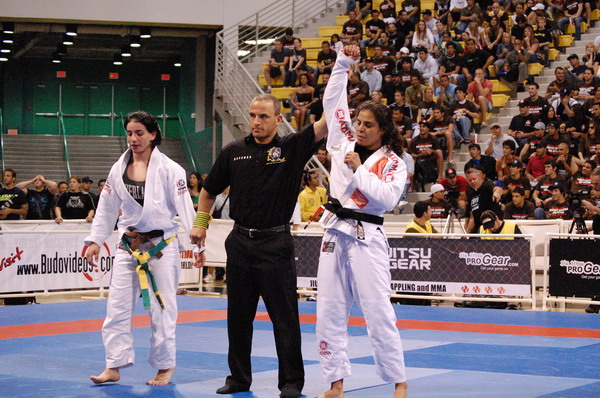 Hannette Staack is one of the top female fighters of all time. This is a tribute/story about how she came into the scene as told by her husband and coach Andre Terencio:

“Ten years ago, through a friend and master of Jiu-jitsu Flavio Figueiriedo who has since past away, I was introduced to a young 22 year old female, Hannette. She had recently acquired her purple belt and had placed third in a Brazilian Jiu-Jitsu championship as a blue belt. One day after training, she asked me if she had what it took to be a world champion. I looked at her and stated: “Yes you do, many times over!” She asked what it would take to be a world champion. I responded, “You have to train!” When I used the word “train”, I referred to training harder than anyone else. She accepted the challenge and made the sacrifices for the sake of that objective. In less than a year, as a purple belt, she became a world champion in 2002 having fought 4 very hard matches at the famous Tijuca Tennis Club, having competed against other competitors ranging between the purple and black belt levels.

That day I began to invest in polishing the rough diamond entrusted to me by Master Flavio Figueiredo. I helped to invest in her knowledge and physical preparation along with the help of her personal trainer Erick Salum, who helped mentor and prepare her in attaining various world championship titles, eleven in total.

She is an example of humility (to a fault), perseverance, professionalism and talent. Her dedication and faith in her instructor and fellow training partners made the difference in the end. Today that young woman that entered my jiujitsu academy, who questioned her abilities in becoming a world champion, has been officially recognized by the IBJFF as being the best of all time. Today, Hannette is known as Hannette Staack.

Watching this video brings me to tears. God knows how much has been invested and sacrificed in making this moment a reality. Congratulations, not only to those in the video but to all the women that have collaborated and continue to collaborate, directly or indirectly, to the growth of the sports of feminine Jiujitsu. If you are a fan of Hannette Staack, don’t only enjoy but share this video below:” 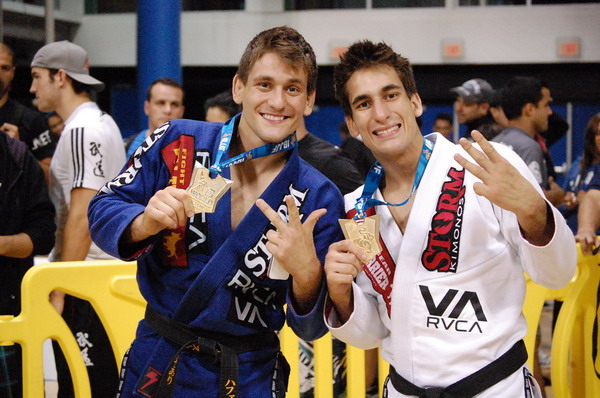 The Mendes Brothers are having a Grand-opening for their new on July 1st, 2012 in Newport Beach. Check out the link and be there for a free seminar and more