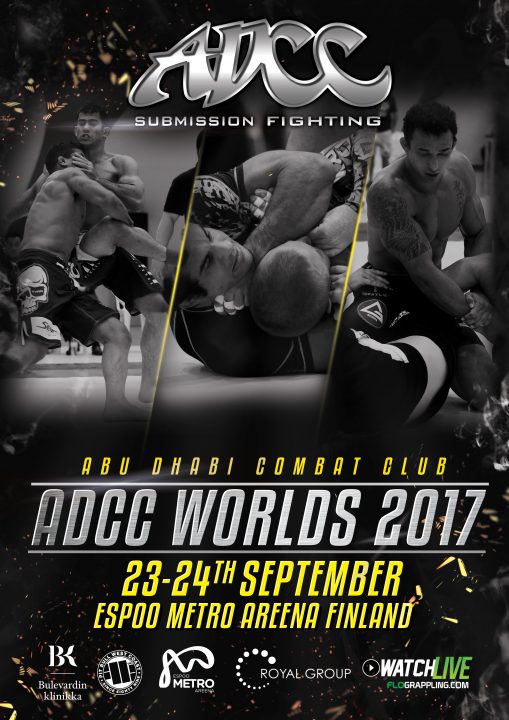 ADCC 2017 takes place on September 23 & 24, at the Espoo Arena in Finland. The event will be webcast live by flograppling.com Continuing with our ADCC 2017 handicap we now look at the superfights

Claudio Calasans and Andre Galvao know each other very well. They trained together for years in Sao Paulo where they trained in the same academy and in the US in preparation for major tournaments including ADCC. Calasans won the absolute in 2015 by judges decisions, negating opponents game and extending the fight and doing enough to win. The finals he won by lower margin of negative points against Joao Gabriel. Galvao has always been an aggressive competitor that goes for it attacking constantly. It will be interesting to see if Galvao can break through Claudio’s defense, I predict he will but it will be a hard fought victory by small margin

Sanae Kikuta and Renzo Gracie met once in 1998 in Pride 2 in an MMA fight with Renzo winning by submission via guillotine choke. Kikuta won ADCC in 2001 in the U88KG category while Renzo lost in the first round. Kikuta’s last fight was in 2014 winning it b decision

Renzo Gracie won ADCC twice, in 1998 and 2000 in the U77KG categories and his last submission grappling competition was in 2014 ending up in a draw against Sakuraba. This is an interesting match with two cagey and experienced competitors. I saw Renzo this past May in San Diego and he was in the best shape of many years and fully motivated. In my opinion Renzo wins this match again in the same way he did in Pride, via guillotine choke

To me, this is the most interesting of the superfights, Chael is a wrestler that has competed and practiced Jiu-Jitsu for quite a while. Recently (June 2017) he beat Wanderlei Silva in Bellator via unanimous decision where he used his grappling to negate Silva’s vicious trikes and controlled the entire fight. He also competed in submission grappling against Andre Galvao (08/14 loss by submission), Ricardo Sobral (09/15) and Michael Bisping (03/16) both ending up in draws

Leo Vieira is a two time ADCC champion (2003 & 2005) and has been competing in submission grappling sporadically since. Vieira is a Jiu-Jitsu phenom and if he is in shape, and by most accounts he is, is very dynamic and in impossible to contain. My prediction for this match is to be an incredible match with Vieira winning in the end by points against the game Sonnen