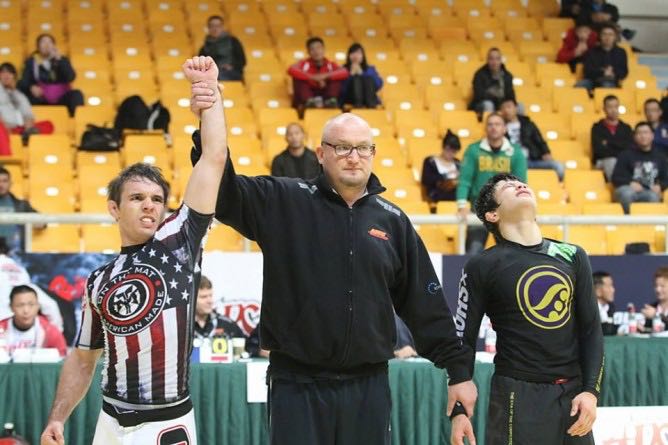 Legacy Fighting Alliance has announced the main event of their upcoming show in Oklahoma. Kevin Aguilar will take on Justin Rader at LFA 18, which takes place Aug. 4 at the FireLake Arena in Shanee.

In his last fight, Aguilar made his LFA debut and capture the promotion’s featherweight title with a third-round knockout over UFC veteran Damon Jackson. Aguilar had previously held the Legacy FC title prior to the merger with Resurrection Fighting Alliance. “The Angel of Death” turned professional in 2010 and has built a 12-1 record as a professional. His only defeated came against UFC veteran Leonard Garcia in 2013.

Rader is currently riding a four-fight winning streak that dates back to 2016. In his last fight, he scored a decision victory over Emmanuel Rivera at LFA 15. The win extended Rader’s professional record to 7-2. “Darth” is probably better known for his exploits on the grappling mats. He has taken home medals in a variety of tournaments. In 2013, he won a bronze at 66 kg at the ADCC Submission Wrestling World Championship.