Chapman defeats Kempf in most exciting fight, Taylor picks up TKO at NAAFS 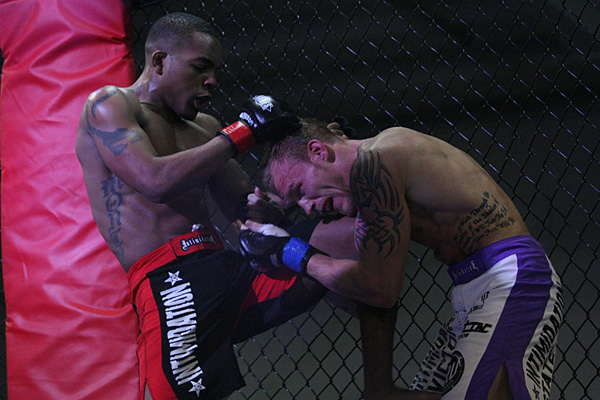 In what turned out to be a near-perfect end to an impressive year NAAFS Night of Champions 2012 held five amateur title fights and two pro fights.  Originally more pro fights were scheduled but they did not transpire, the “near” part of near-perfect.  The event took place December 15th at the Medina Community Center in Medina, OH with a tape-delayed broadcast on Sports Time Ohio.  The event is expected to be webcast on GoFightLive but at this time there is no confirmation on when.

The main event was definitely the fight of the night as Isaiah Chapman won an all-out war against Dustin Kempf.  Chapman appeared to wear himself out in round 1 when he had Kempf against the cage delivering knees and elbows allowing Kempf to capitalize in round 2 with a triangle choke with elbow strikes.  Chapman managed to weather the storm and find a second wind, submitting Kempf with a guillotine choke with four seconds remaining in the round.  Chapman remained undefeated as a pro at 4-0 and definitely is the newest up-and-comer from Ohio. 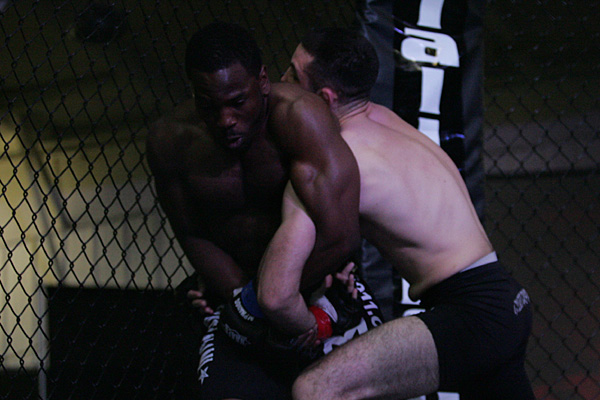 In the co-main event and only other pro fight on the card Torrance Taylor played defense for much of the first two rounds before defeating Gino DiGiulio by TKO at 4:02 of the second.  Taylor improves to 11-7-1 with four wins in a row, DiGiulio drops to 3-2. 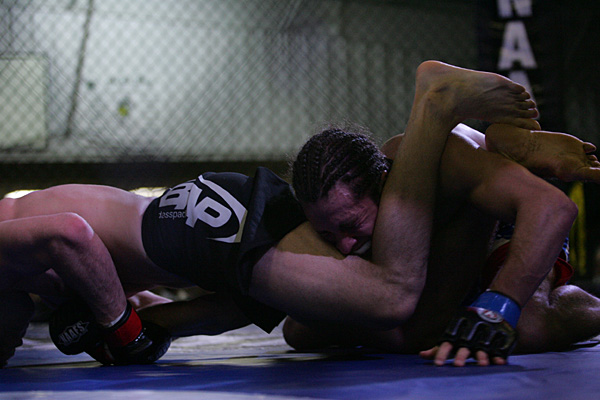 NAAFS hold year-long standings culminating in title fights in all the divisions with this year’s featherweight title going to Dominic Mazzotta, bantamweight to Jerrell Hodge, lightweight to Fadi Shuman, middleweight to Stephen Schlater, light heavyweight to Dan Stevenson, and women’s flyweight to Rebecca Heintzman.  All of this year’s amateur champions are expected to go pro next year while a whole new crop of up-and-comers will vie for the then vacated titles.  Of these champions Dominic Mazzotta was the most impressive, dominating “Wild Wild” West Hanson by unanimous decision based on unstoppable takedowns and submission attempts. 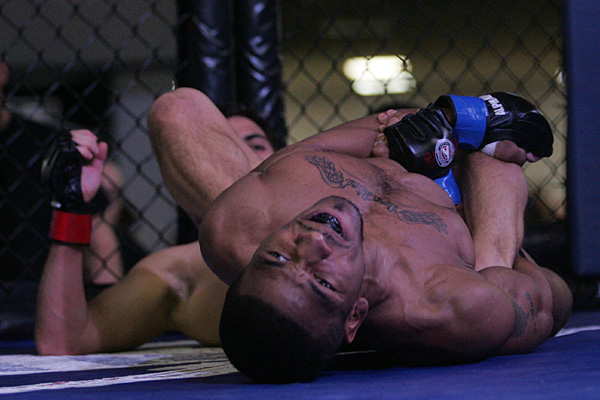 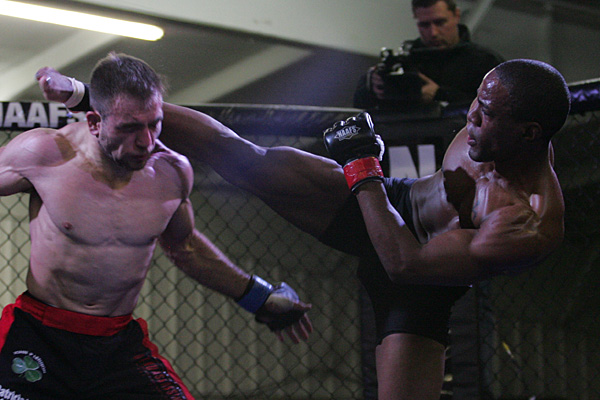 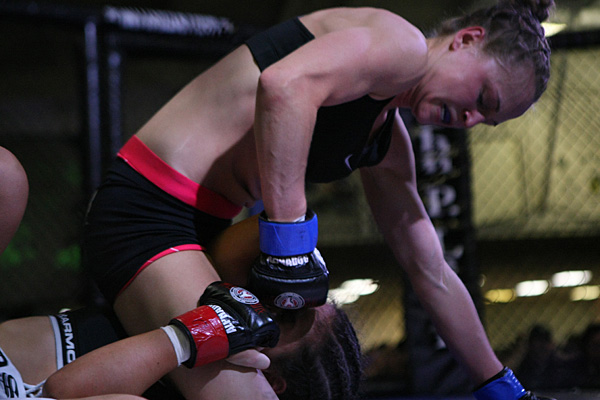