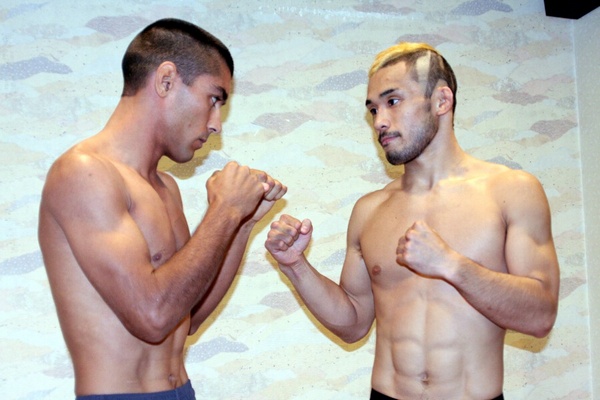 The weigh-in of VTJ 6th was held in Tokyo and all fighters made the weight on their first attempt.

Dong Hyun Kim's flight was late so he didn't make the weigh-in but the arrangements are made for a Korean to do the official weigh-in upon his arrival.

The headliner of the show is the flyweight tournament final between Hiromasa Ogikubo and Czar Sklavos from USA.

This is going to be five 5-min rounds bout however Sklavos sounded like he is comfortable about going long-distance, "It would be better to finish the fight early but I also get better as the rounds goes on so I am confident in maintaining my fight through five rounds."

On the other end, Ogikubo expressed his firm determination especially after the flyweight tournament belt was revealed to both contenders, "Its a chance for me to leave 'my mark' so I want to capture this belt." 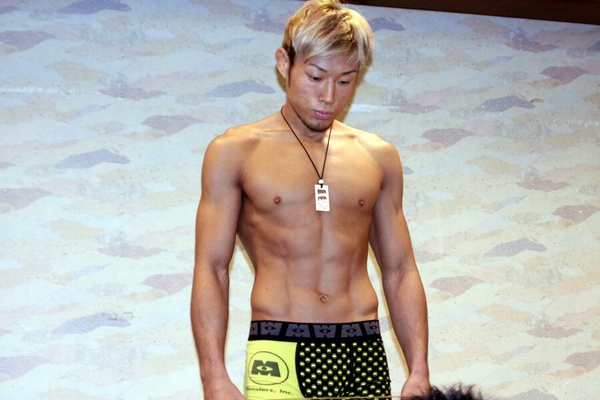 In the co-main, King of Pancrase at 155 lbs, ISAO from Sakaguchi Dojo, will be fighting at 145 lbs for the first time in his career. Not just only the weight class but also, this is going to be ISAO's first fight in the cage.

Part of the preparation for this fight, from end of August, ISAO flew to California to train at Team Oyama for about three weeks to adopt himself to unified rules and cage.

ISAO told the media, "I am approaching this fight as nothing different from fighting in Pancrase. I know its an important fight and I do have a strong feeling about that".

His opponent, DREAM veteran, "Lion" Takeshi Inoue, is currently on a four-fight losing streak but he was positive, "For the past two to three years I struggled to find the range between myself and my opponent but in September I finally got my range back. I think I can get into my range better in the cage so I am really looking forward to tomorrow."