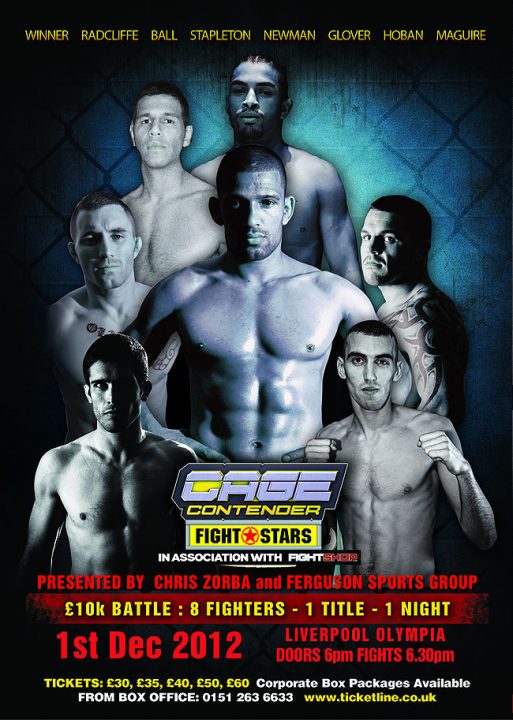 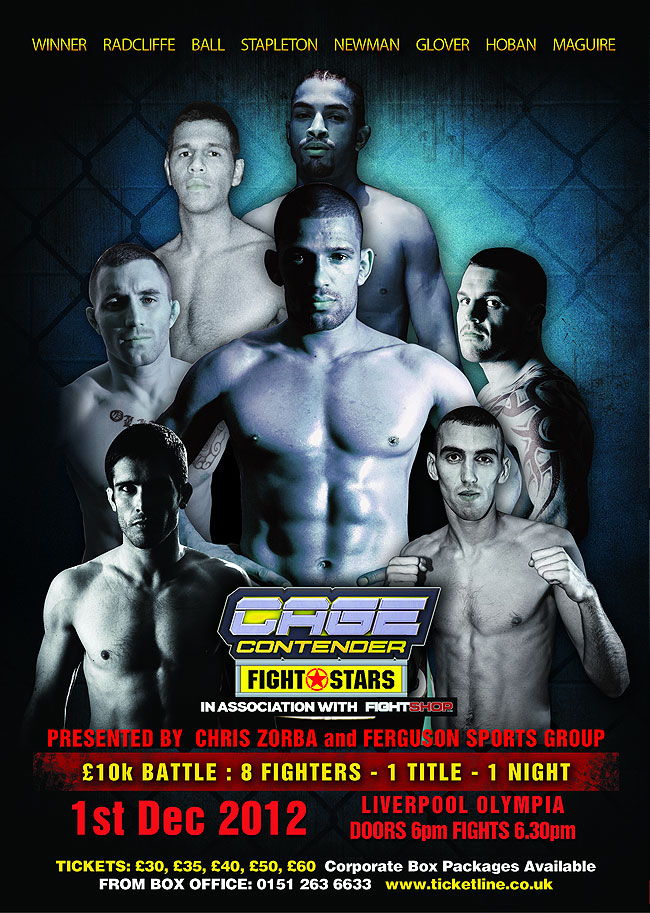 With victories over Jaime Rogers, Arnold Quero, and Tommy Maguire all in one night Martin Stapleton won the Cage Contenders lightweight tournament December 1st in Liverpool.  The event was broadcast in the UK and 103 countries but not in the US.

Both Stapleton and fellow finalist Maguire used strong wrestling skills in the quarter and semifinal rounds with Maguire taking out Chris Stringer and Uche Ihiekwe along the way to the finals.  Unfortunately this made the finals a little drawn out as most of the bout was clinching for position.  Stapleton’s conditioning gave him the edge and after three rounds the decision bringing the English fighter to 12-1 on an eight-win streak.

In the co-main event Alexei Roberts took just 0:26 to submit Danny Welsh.  So far 8-3 Roberts’ fights have either ended in the first round or he has lost by decision, this night marked his fourth first-round submission but amazingly his second fight in a row to end at 0:26, the first being by guillotine choke in November.