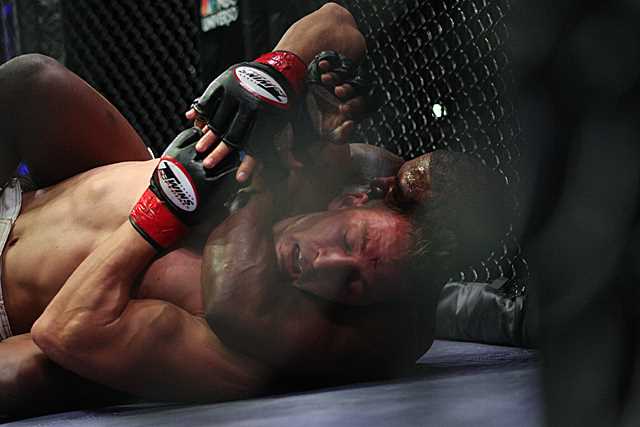 What was billed as an all-Hispanic card deviated from that theme due to card changes but the event itself was still a good start for the fledgling Hispanic promotion.  Combate Americas “Road to the Championship” took place September 17th at the Down town Las Vegas Event Center in Las Vegas, NV with a main card broadcast on NBC Universo.

In the main event replacement fighter Justin Patterson defeated Ozzie Alvarez by unanimous decision.  The first round was competitive while Patterson took the second round with ground-and-pound, opening a cut around Alvarez’s eye.  The third round started out the same as the second with Patterson dominating on the ground until Alvarez swept and started his own ground offense.  In the end Alvarez’s rally came too late as Patterson emerged victorious.  Patterson’s record remains perfect at 6-0, Alvarez drops to 6-3. 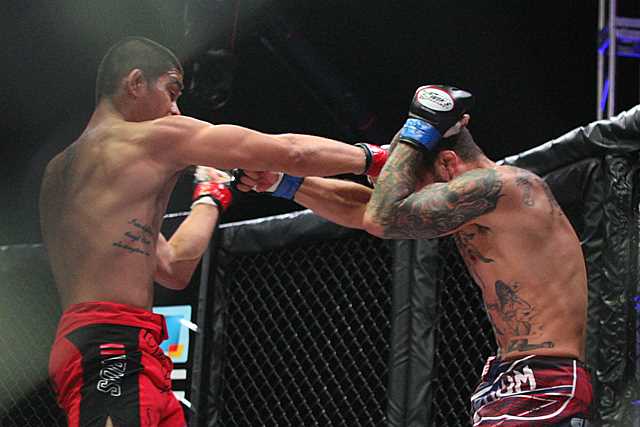 In the co-main event John Castaneda picked up a unanimous decision over Justin Governale.  Governale never really got going as Castaneda applied constant pressure with combinations at all levels.  After three rounds Castaneda was declared the winner, his record now standing at 8-2 while Governale drops to 5-3.