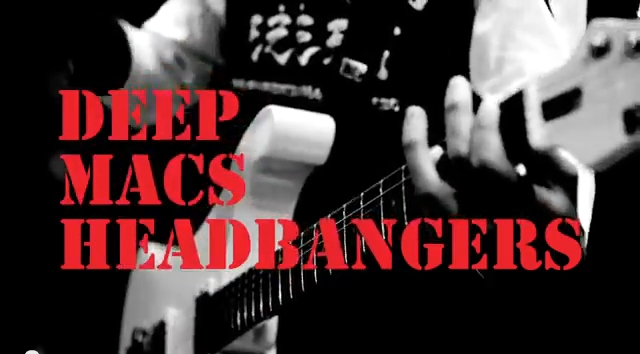 Yes, this has nothing to do with an actual fight, its about his first attempt as a lead vocalist of the heavy metal band called DEEP MACS HEADBANGERS. And they just released a promotional vide for their upcoming gig at Shibuya Cyclone on April 6th.

As you can see from this promo video these musicians are all real. Well-established in Japan's heavy metal scene. And obviously its a serious project to promote sport of MMA to heavy metal audience.

The only novice here is Imanari but according to DEEP T.M., the producer of the band, he is "feeling very comfortable about this weekend."

All advanced tickets are sold-out. Only limited tickets are available on the day of the show so, anyone interested in a seasoned veteran shouting, get there early on this Saturday.

Report by Shu Hirata
Promo video courtesy of DEEP blog: The Wild Side of DEEP
http://www.deep2001.com/blog2/