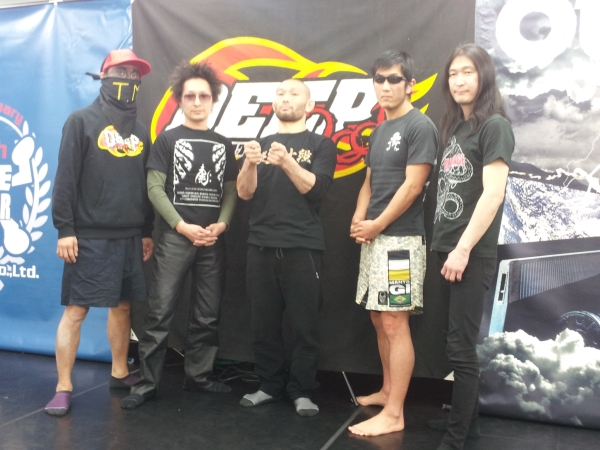 Earlier this month, PRIDE / DREAM veteran Masakazu Imanari and DEEP, a MMA promotion founded in 2001, held press conference in Tokyo but this was nothing to do with MMA.

The announcement was about how Imanari and DEEP with three other musicians known in Japan's heavy metal scene formed a new band called "DEEP MACS HEADBANGERS". Apparently Imanari, who has no prior experience in music, will be the lead vocal of this band, and their first live is set on April 6th at the live house "Shibuya Cyclone."

It doesn't mean Imanari is done with MMA. 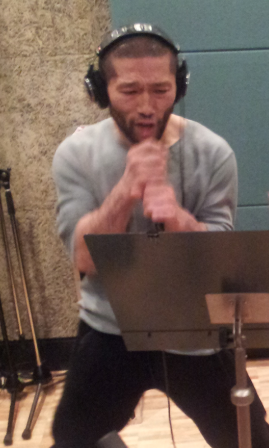 DEEP". Both DEEP and "DEEP T.M.", the man in charge of DEEP blog, wanted to do something special and different. When he was a student in London, "DEEP T.M." used to play in the heavy metal band, and also, he has a long-time relationship with both Imanari and Japan's heavy metal band OUTRAGE. So the rest is quite simple. Apparently, Imanari was convinced by DEEP head Shigeru Saeki and "DEEP T.M." on making a singing debut, meanwhile, OUTRAGE talked to two other bands, COCOBAT and PULLING TEETH, to cooperate with this project.

Obviously this is not a full-time gig for Imanari but they are finished with recording, and the band is coming out with CD which will go on sale on June 5th, and the film crew is going to shoot April 6th live to create a promotional video of DEEP MACS HEADBANGERS so this is also a real project.

On top of this, all advanced tickets for April 6th is sold out so this could develop to something quite interesting for Imanari.

Report by Shu Hirata
Photo courtesy of DEEP blog: The Wild Side of DEEP
http://www.deep2001.com/blog2/