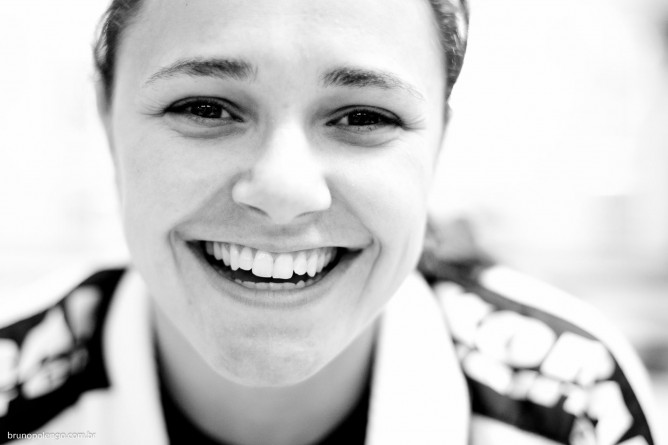 According to a report from Sherdog, Texas-based promotion Legacy Fighting Championship has signed ADCC Submission Wrestling World Championship gold medalist Michelle Nicolini. Details of her debut were not released, but the report did specify that it is a multiple-fight deal.

Nicolini has competed extensively in the grappling world. The Checkmat product took gold in the under 60kg weight class at the 2013 ADCC Submission Wrestling World Championship after taking silver in the same category in 2011. She is also a multiple-time gold medalist IBJJF world championships, European championships and Pan American championships.

The Brazilian made her MMA debut in 2011 and defeated Cristina Mejia via first-round armbar submission. After a lengthy hiatus, she returned this year and picked up another armbar-submission victory over Lanchana Green at Made 4 The Cage 13 “Nemesis” in England.

Legacy FC began hosting shows in 2009. Their next event takes place June 13 at the Arena Theatre in Houston. The main event will feature Bubba Bush taking on Alfonso Gonzales.