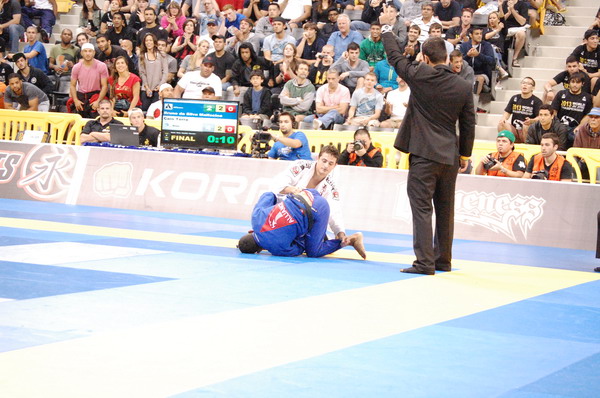 The Worlds 2013 in my view marked a return to action. While the last few years myself and many others complained of boring finals with little thrills and lots of stalling and 50/50, this year, fighters appeared to turn the corner. Led by the likes of Double-double Gold Marcus "Buchecha" and his contagious attacking style, other finalists went for it in most of the fights leading to exciting matches to the last second.

Caio Terra v Bruno Malfacine matches are always full of drama. Fed by a fierce rivalry the two best rooster weights in the World contort themselves into positions that the human body wasn't meant to be in only to come out with sweeps and escapes that defy the mind. In the end Terra bested his arch rival and earned the gold. 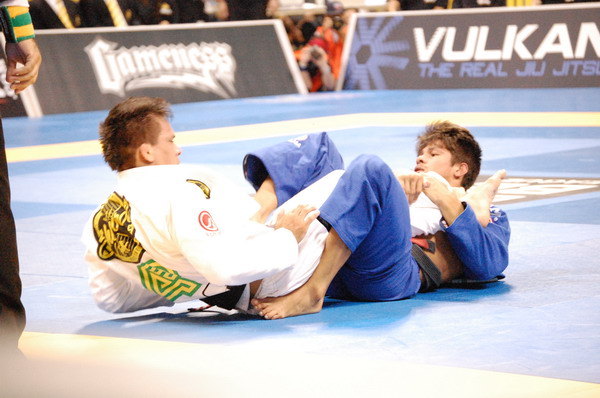 The two up and coming youngsters (if you can call them that since Farias has been in the public eye for years since Arte Suave 2 video)  went toe to toe for the 10 minutes with great action and intensity. In the end Farias won by an advantage seemingly getting the long awaited gold. In his exuberance he celebrated taking two steps of the mat "before" his arm was raised. Main referee Muzio de Angelis apply the penalty and that tipped the scales and the title went to Moraes. 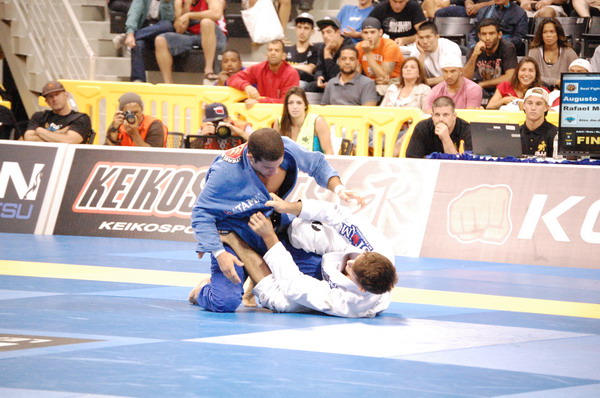 "Tanquinho" had a fantastic tournament defeating one of the favorites Rubens "Cobrinha" and earned the right to face 3 times champion Rafa Mendes. After securing a takedown early in the match Bruno used all his technique, balance and cunning to foil most Rafa's sweep attempts and, with the score tied (Rafa got a reversal) in the final seconds of the match exploded to get the advantage and the win for his Gold. 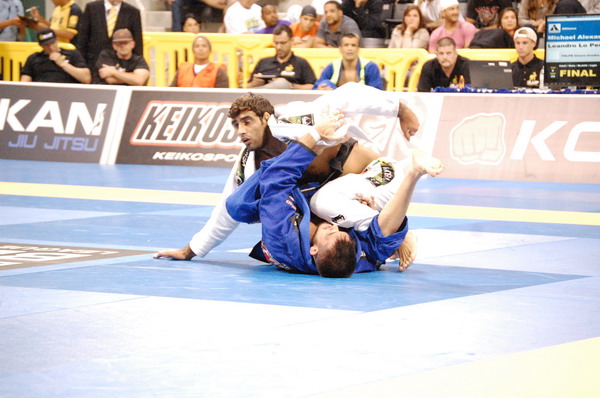 Leandro Lo and Michel Langhi was a battle of great competitors and great guard and passing, at the end of 10 minutes Lo had the score and the gold. 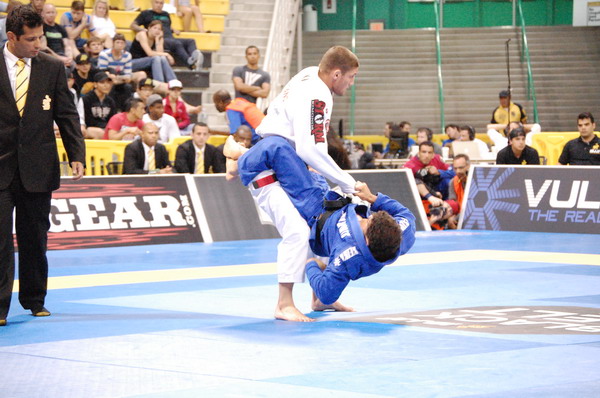 Octavio de Souza and Claudio Calasans had an epic battle in this finals. Both poses great closed guard and sweeps and it seemed destined to be a battle to the end and it was. But Octavio was in his best form and came out the victor once again. 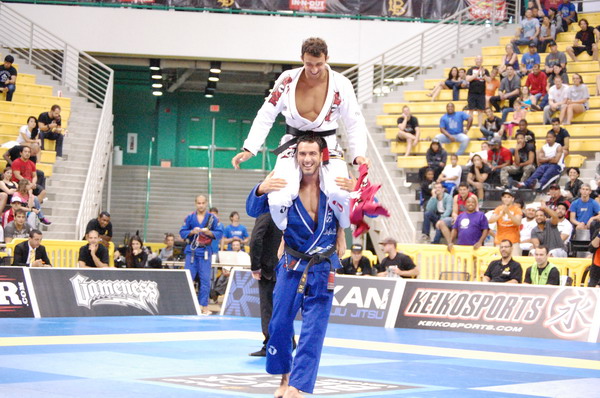 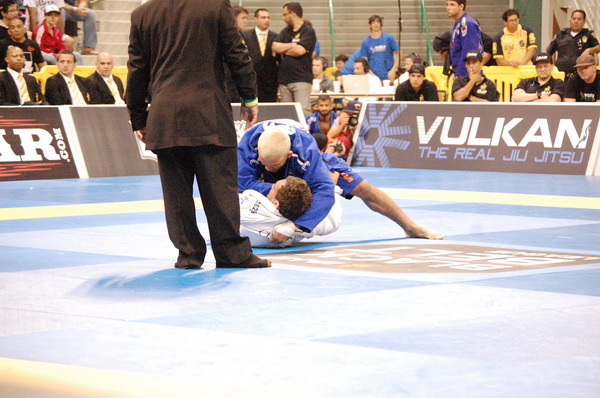 Rodolfo Vieira took away the wily Lucas Leite half-guard game by pulling up on his low arm and keeping the "coyote's" back on the mat. Vieira methodically advance his position, secured the choke and the win. It was an impressive performance by both fighters as Vieira is super fast and technical for someone his size and Leite, fighting two weight divisions above reached the finals. An amazing performance by Lucas. 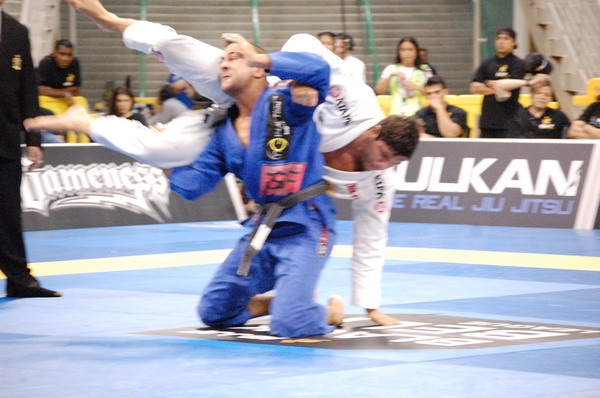 I always marvel at Bernardo Faria's ability to have one position that everyone knows he uses and most people can't stop. Faria of course is not a one trick pony but his deep half-guard sweep/takedown has earned him several titles and this year was no different. Faria fights tooth and nail for every position and has the heart and determination of a champion and once again it showed as he conquered gold. 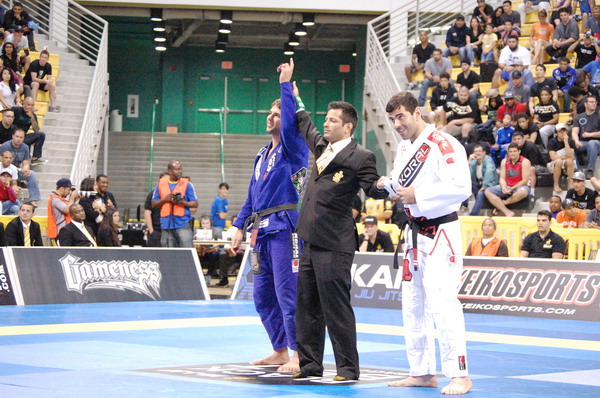 Rodrigo Cavaca and Marcus "Buchecha" shared the ultra podium. While normally the student gives the victory to his instructor, "Cavaca" is too humble and too giving to accept "normal" and yielded to his student! Great unselfish act by Rodrigo. 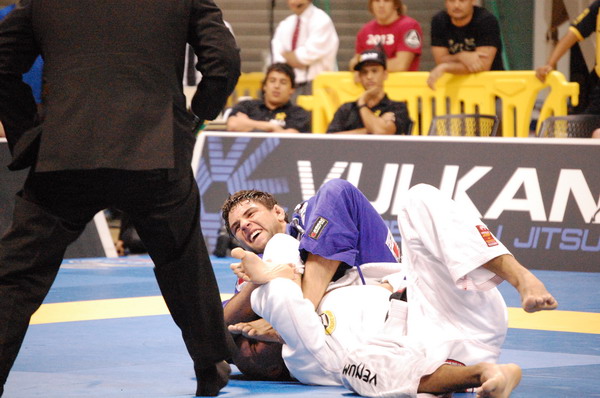 The long awaited Absolute finals between the champions of the last 3 Worlds was finally here as Rodolfo Vieira would face Marcus "Buchecha" in what most expected to be a match for the times. "Buchecha" however is too fast and nimble especially for someone of his weight and stature. In one crucial early exchange "Buchecha" made a lighting fast movement and reversed the position and went on to secure a significant victory over perhaps the next best fighter in the World today. Both Marcus and Rodolfo are to be commended for the action and abandonment that they demonstrate in their fights using an open an attacking style. 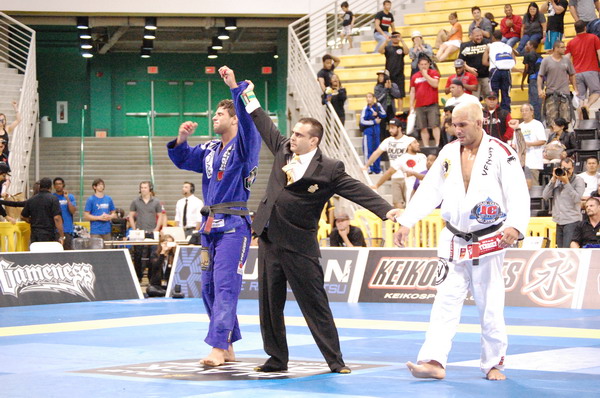 Overall I was greatly impressed by most of the competitors. Octavio de Souza used his lighting fast "botes" on the elbows etc (attacks) to create havoc and either submit his opponents or cause sweeps. Lucas Leite showed great technique fighting in a land of much heavier opponents demonstrating that technique can overcome size difference if you are that good. Leite is not only good but super crafty with his deep half-guard sweep and taking the back.

Enough has been said about "Buchecha" . . . N O T !  He brings a breath of fresh air to Jiu-Jitsu following the great line of champions that proceeded him. He is exciting and fast and has a great personality making him a great representative of our art.

I was also amazed at Checkmat and Atos team, these relatively young teams are making head ways into the competition scene and have secured spots in the podium at most tournaments. A resurgent Gracie Barra Team is also  adding to the fracas but no one and I do mean no one in the last few years or ever has done what Alliance Team has. Winning 8 World titles, 6 consecutive 2008-2013 and 2 Grand Slams, Alliance is, without a doubt or a question, THE TOP team in BJJ .

On a final note in this column: The events at the end of the feather weight finals are to say the least unfortunate if not inexplicable. I respect Muzio de Angelis, who is a personal friend for many, many years and has been the referee in many of the hardest finals ever (Roger v Jacare just to name a few) and is unquestionably a person of character and professionalism always looking to do what is right for the sport, always! And I am sure he did what in his mind and the rules said was right, but there has to be some measure of judgment in the rules and the application of them. And I want to make sure everyone understands that I know that Muzio did the right thing not only in his mind but by the rules, but, in my view, to take away the Worlds title from any athlete, especially after a huge, hard battle as Ary Farias and Gabriel Moraes did, takes away not only from the deserving Ary but also from the Gold medalist Moraes. It is time to review some of those rules! 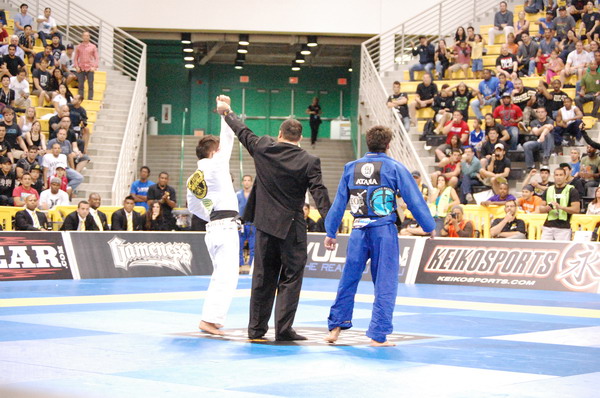