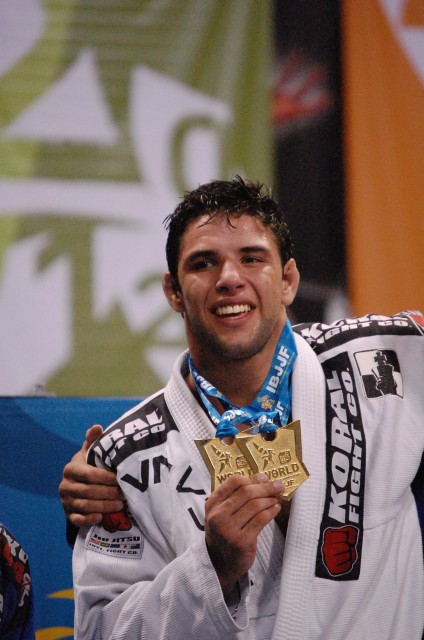 World Absolute Champion Marcus “Buchecha” Almeida in his own words:

“In the year 2002 my sister Ana Kelly Oliveira Almeida started practicing a sport named Jiu Jitsu, then my father Clayton Ferreira de Almeida, not knowing that it was bought a kimono and started doing so to accompany the daughter and know where she was getting into, he became addicted and a fan. He ended up convincing me to join in and go  along with them. I recall the first magazines that he bought (Graciemag and Tatami) , at the time he and I became fans of “Pe de Pano” fas among others. I would never imagined that after 10 years I’d be fighting a World Championship in jiu jitsu black belt and facing one of our early idols of sport, where I had the pleasure fighting him and knowing that I became a part of his history because he and “Comprido” both said this would be their last.