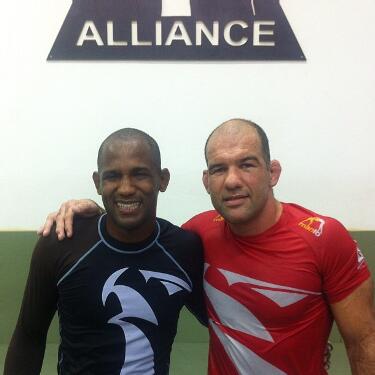 After years of prosperity and turmoil Fernando "Terere" returned to Fabio Gurgel's Alliance Sao Paulo headquarters to train with one of his mentors. "Terere" was one of Gurgel's instructors many moons ago and one of the most popular people at the academy. He left Alliance years ago, formed "TT" Jiu-Jitsu, had his well documented breakdown and bout with depression and drugs, but now, like a "phoenix" is back in form and seeking his old friends as the case here of Prof. Fabio Gurgel. Gurgel and many other friends have been instrumental in getting Fernando back on track and training

It is great to see "Terere" back on track and it can only help him being surrounded by solid, great people like "The General"