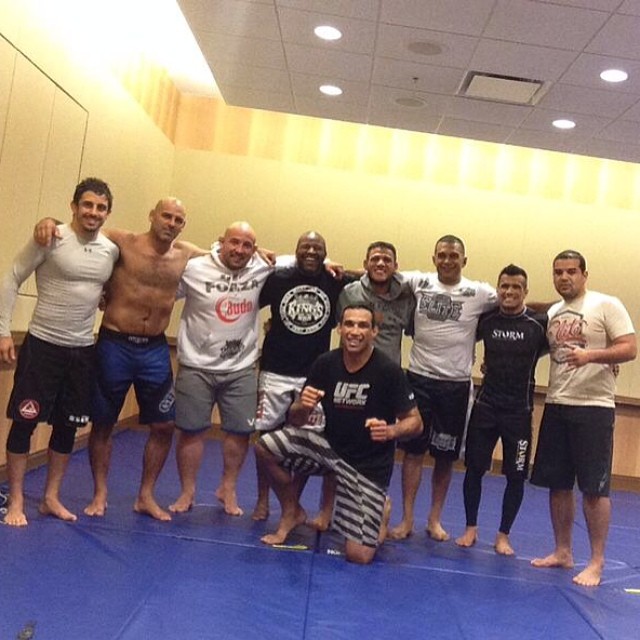 While many of the top BJJ'ers are in Abu Dhabi competing in the World Pro, one illustrious champion is missing; none other than current ADCC U65KG champion Rubens "Cobrinha" Charles, stayed back in the USA to help Fabricio Werdum in his preparation for the UFC fight this Saturday.

Werdum's team has many other tops including Rafael Cordeiro and BJJ legend Roberto "Gordo" Correa amongst others adding a lot of depth and expertise to all phases of Werdum's fighting arsenal.