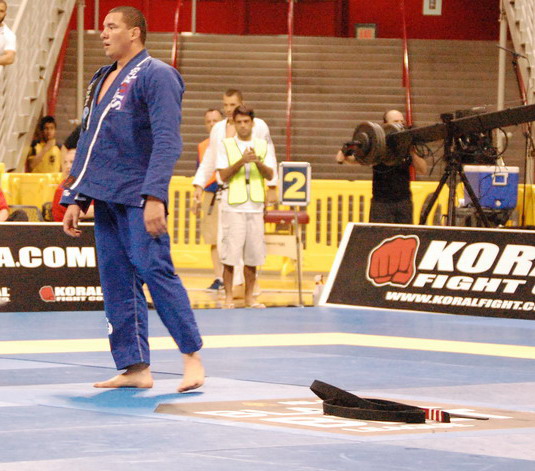 During the Worlds 2012 two legends of the sport retired from Worlds competition. Both were 2 times World Absolute Champions and both competed one last time this Worlds. The legends were Marcio "Pe de Pano" Cruz and Rodrigo "Comprido" Medeiros.

In 1998 Rodrigo "Comprido", a recently promoted Black belt burst into the BJJ scene by winning the Absolute Black Belt title while beating two of the "monsters"of those days, Ze Mario Sperry and Roberto "Roleta" Magalhaes. "Comprido" beat then defending Absolute Champion Sperry in the semi's and submitted defending Absolute runner-up "Roleta" in the finals with a lighting quick foot-lock.

"Comprido" repeated his feat in 2000 to become one of the few 2 times Absolute Champion. We interviewed "Comprido" to find out what was life like during his heydays and what lies ahead.

KP- You retired at the last Worlds, what was that like ?
RCM- It was a very difficult decision but it was time. Every year when the Worlds would near I would be trying to prepare better but each time it was getting harder and harder due to the physical condition of the current champions. I believe everything in life has its time, I competed a the highest level for a long time, I conquered titles and records and helped my team partners and I did what I could to help better the sport.

KP- How do you evaluate your career as a competitor?
RCM- I was a 7 time World Champion, I own the record for the fastest submission in a Black Belt finals. I competed against the best and biggest names in the sport, I learned and taught on the mats, I overachieved many times, sometimes I won against better fighters and other times lost against lesser fighters. I never hid from anybody and always faced my opponents regardless of who they were, I was loyal and never used performance enhancing drugs of any type to achieve anything in my life. I won and lost using my own talents and with the body that I was born with no additives!

KP- You won many Worlds as a Black Belt, which was the first one?
RCM- 1999 was my first Worlds as a Black Belt, I fought in the Heavy and lost my second match against Paulao in low action fight. I then won the Absolute defeating the then defending Champion Ze Mario Sperry in the semi’s and Roberto “Roleta” (defending runner-up) in the finals. The other third place (with Mario Sperry) in the Absolute that year was Rodrigo “Minotauro” Nogueira, not bad huh!

KP- You won the Absolute twice making you one of very few fighters to hold multiple absolute titles. How did that make you feel?
RCM- It was pure ecstasy, these were indescribably moments really. It was a sensation of complete and absolute realization of your dreams, you really feel like you are the best in the World

KP- What do you consider your best fight?
RCM- That is hard to choose, there were many, what was more important? To submit Roleta or “Nino” ? Beating Ze Mario Sperry or “Margarida”? There is not a good single answer as those are my best fights 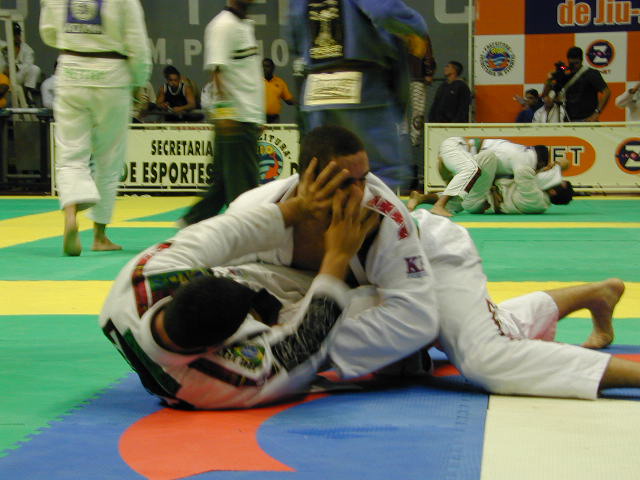 KP- What was your favorite fight then?
RCM- The one against “Nino”, the position exchanges, I believe it was one of the best Jiu-Jitsu matches ever, but of course I am partial in that matter HAHAHAHAHA 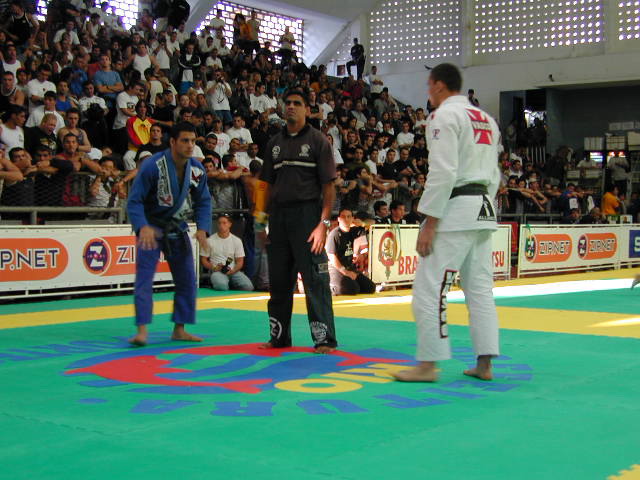