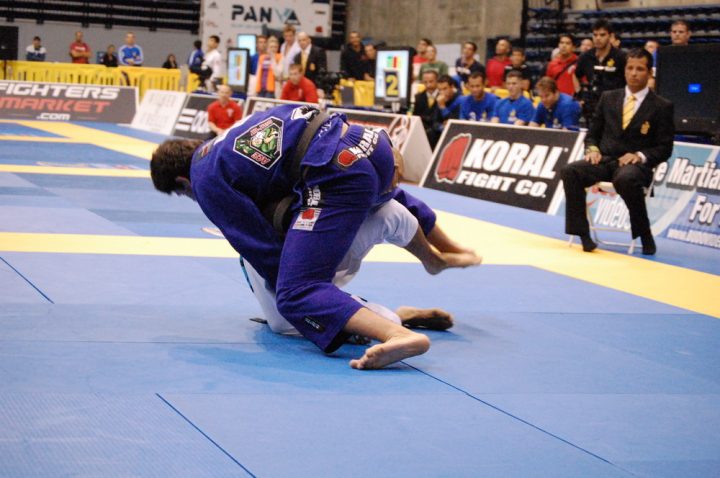 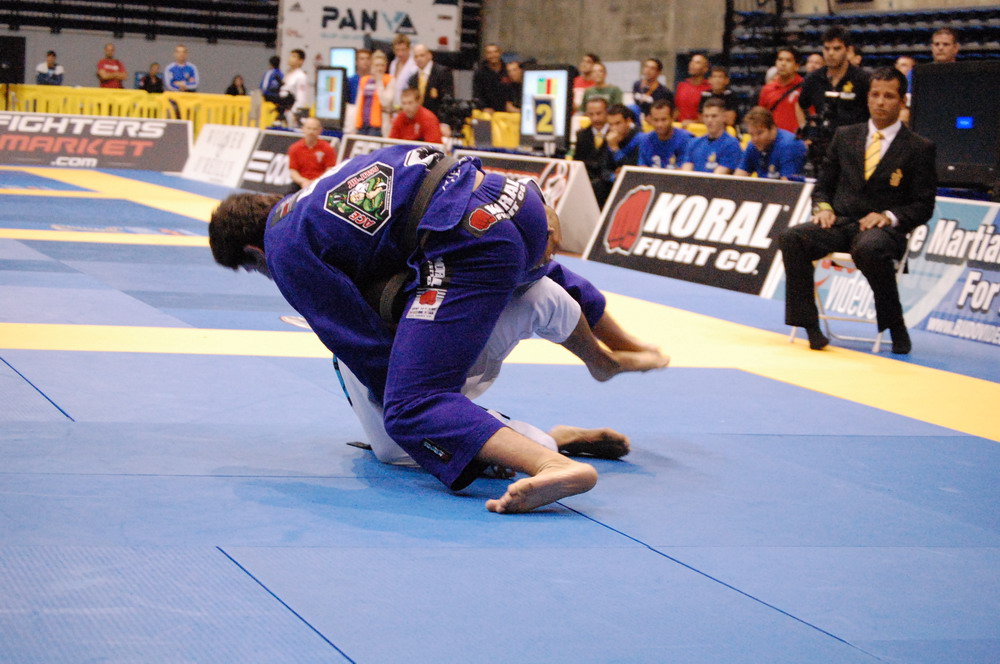 Marcus "Buchecha" Almeida repeated as Pan Champion winning the weight and absolute and was the name of the event. The Checkmat top was in great form winning all his matches with exciting flair. "Buchecha" defeated Alexander Tran in the super-super heavy by points and had another barn burner in the Absolute against Atos Andre Galvao. Galvao and Buchecha exchange positions, sweeps and attacks in a very exciting match but in the end Marcus was the victor!

Other men's winner were Caio Terra over Bruno Malfacine, Gui Mendes over Laercio, Rafa over Cobrinha, Michel Langhi and Lucas Lepri shared the light podium with Langhi taking the nod. Clark Gracie came from behind to choke Marcelo "Lapela" in the dying moments of his match to take the medium gold. Galvao and teammate Guto Campos shared the medium-heavy with Galvao getting the nod.

In the heavy Roberto "Tussa" completed his mission winning over Nivaldo, while Leo Nogueira beat Gabriel Vella in the Super heavy

Ladies side it was total domination by Gabi Garcia taking the weight and Absolute. Garcia won over Bia Mesquita in the absolute and shared the podium with teammate Andresa Correia. Miriam Cardosa won over Sophia Amarante, Ana Carolina Lebre and Bia Mesquita shared their weight division with Carol getting the nod. Luiza Monteiro beat Mc Kenzie Dern, while Talita Nogueira beat Luisa Fernandes

In the Brown belt absolute Keenan Cornelius defeated both Miyao brothers to take the title.

Team results showed Alliance once again on top but up and coming Atos came very close in the adult Male.

Congratulations to all that competed. Full pic gallery tomorrow