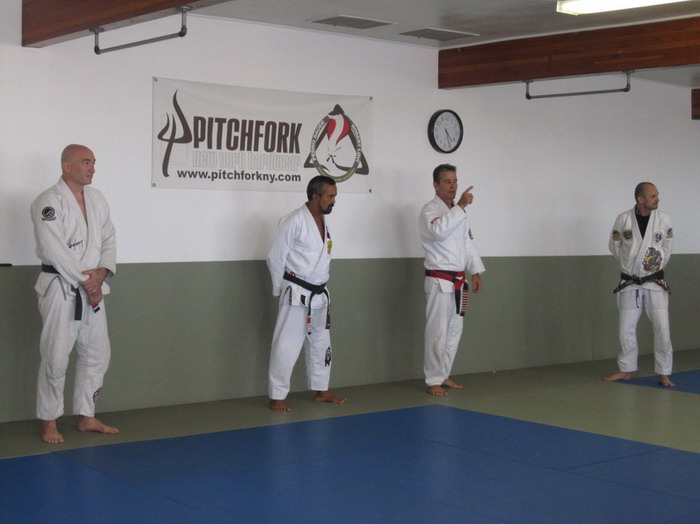 Master Pedro Sauer, Red and Black Belt was in San Diego this past weekend. Master Sauer did a seminar at his affiliate Robert Lovi’s, Gracie San Diego Academy and a Black belt test on one of Rick Bueno’s (from Tucson,AZ) students Dusti Alexander.

The seminar was great, Master Sauer dished out his great info but for me especially he had 3 priceless thoughts and techniques that simply blew my mind.

I hadn’t witnessed one of his Black belt test and I can tell you that those promoted are put through a rigorous test that included sparring and self-defense amongst other things. In the end of the test a stoked an tired Dusti got his promotion and a Black belt from Sauer 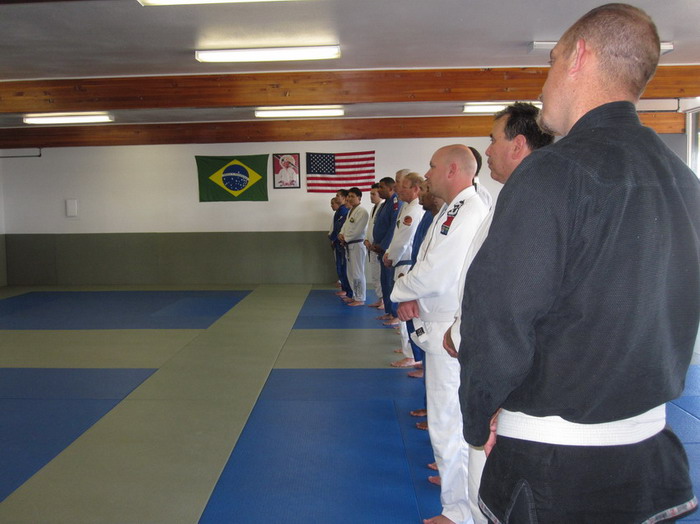 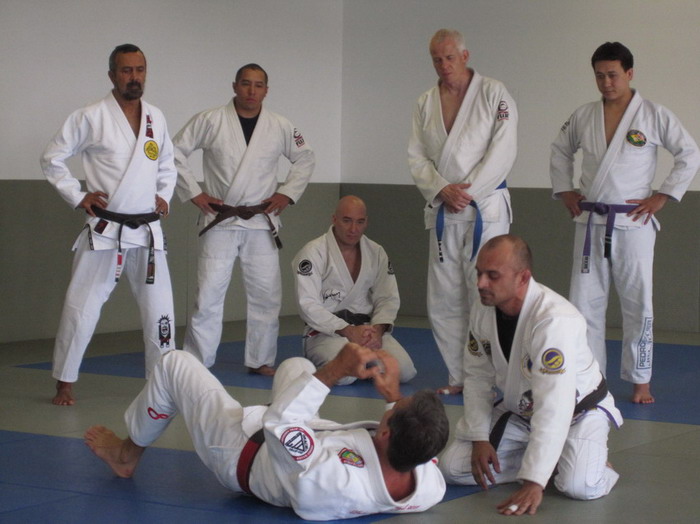 The Master dishing out his instructions 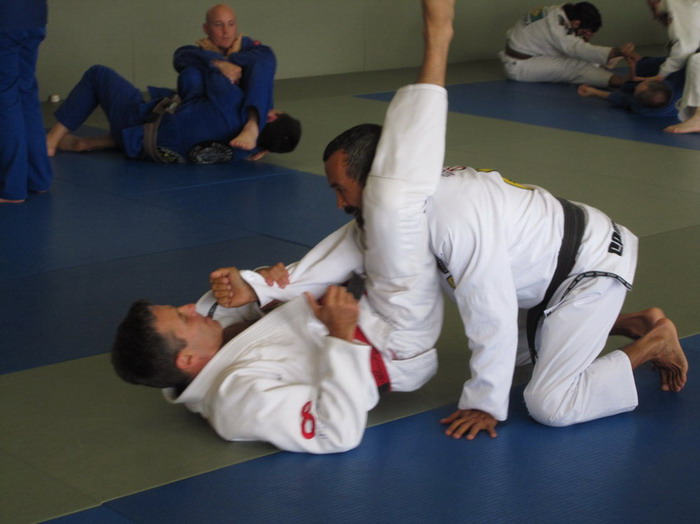 Getting worked by Pedro : ) 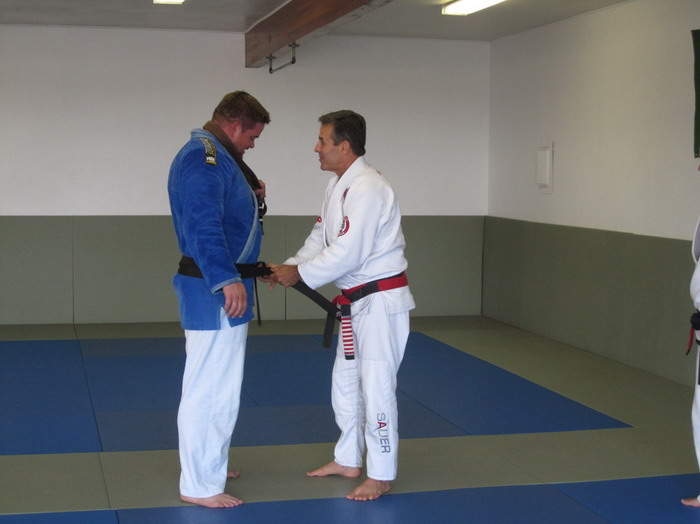 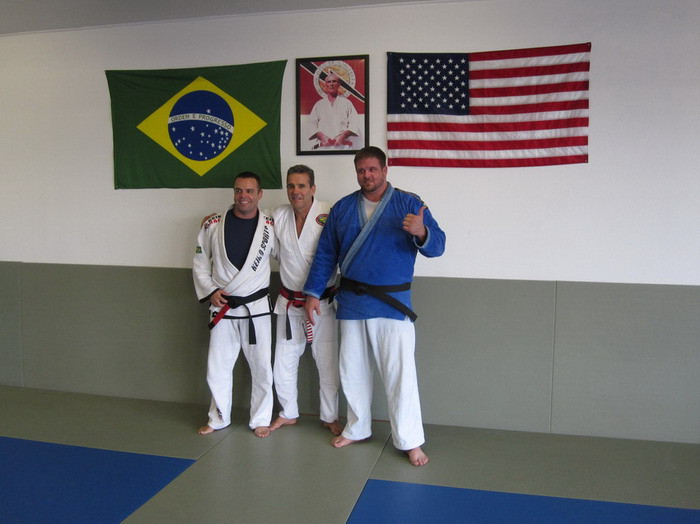 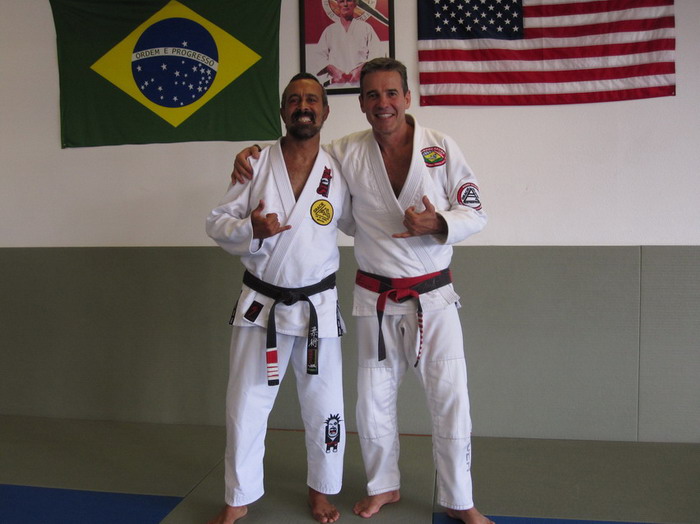