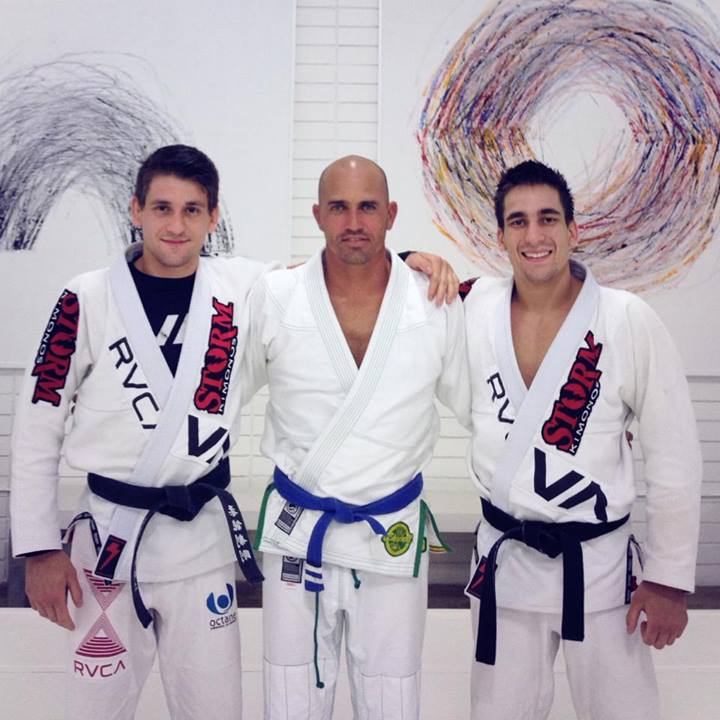 The phenomenal 11 times World surfing champion Kelly Slater took time of his competition schedule at the US Open to show up for a training session at Art of Jiu-Jitsu Academy. There Kelly ( a 2 stripe blue belt) worked BJJ with Rafa and Gui Mendes and Marcus "Buchecha" and exchanged surfing tips with the trio. It is another instance when a mainstream celebrity is in with our art. Congratulations to all and Rafa, keep your day job please don't try any of those moves Kelly showed in the water 🙂  (All photos Fighters Instagram/personal archives) 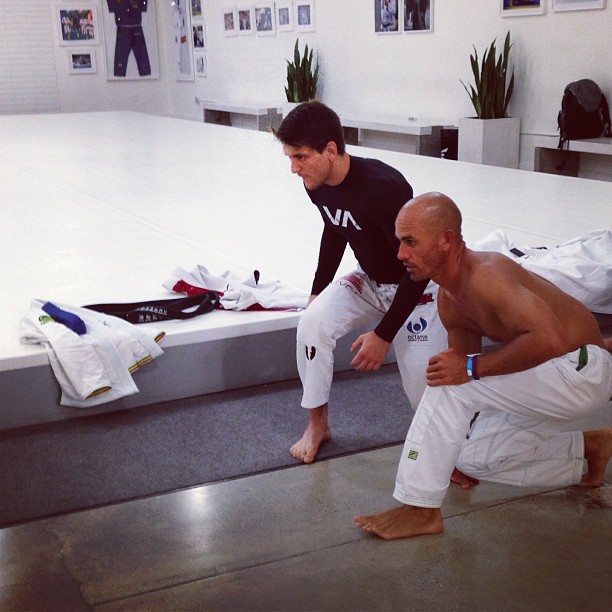 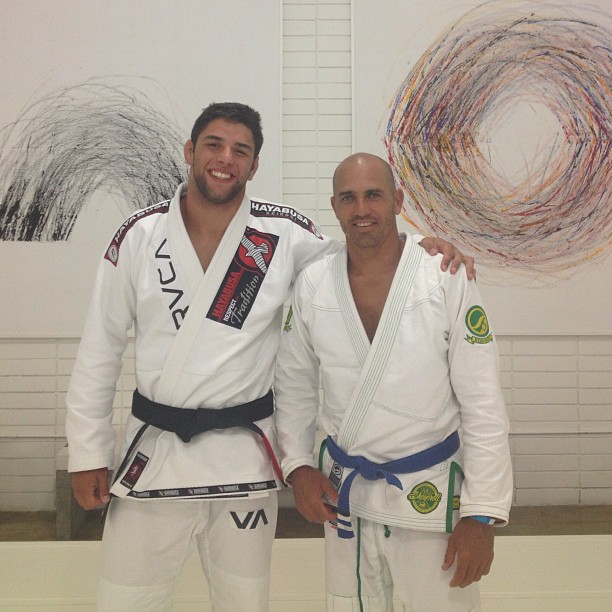 Fabio Gurgel and Cobrinha training with Werdum and Cordeiro 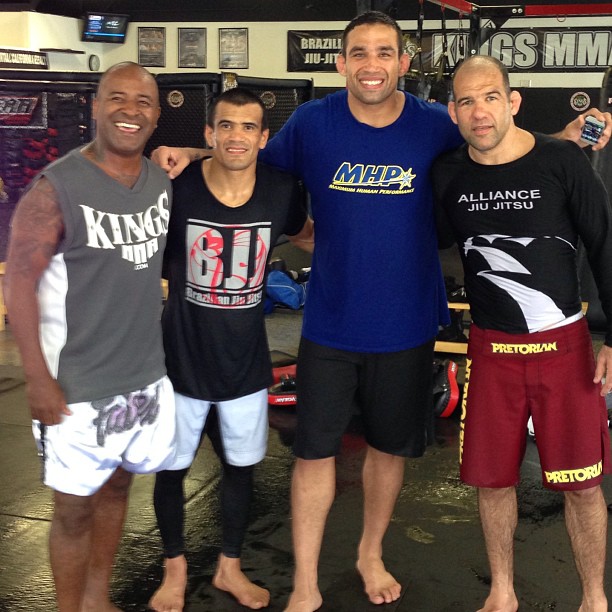 Fabio Gurgel is continues with his preparation for his Superfight against Mario Sperry in ADCC 2013. As part of his training Gurgel has been training with "Cobrinha" at Cobrinha's academy in LA. Recently Gurgel and Cobrinha visited Master Rafael Cordeiro's Academy to partake in a class and training along with Fabricio Werdum. Werdum is also preparing for ADCC 2013 when he will try to regain his title in the Over 99 KG category (he was runner-up in '11)

Gurgel, Cobrinha and Werdum have trained regularly and the exchange can only helped all of them