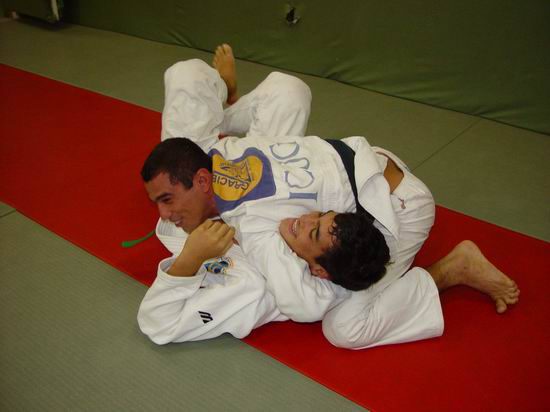 Now it appears that the trend is now reaching BJJ as Royler Gracie is now featured in an ad for a major brokerage firm in Brazil.

Check out the ad:

It is great to see the trend and let's hope it spreads even more so that our BJJ stars can get the public recognition and monetary compensation they deserve. 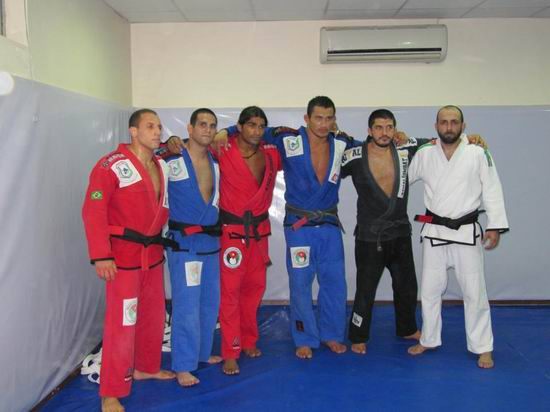 Mohammad Bilbaisi, Zaid Abu-Soud, and Ashraf Shishani all started out as white belts on the Team Mirza mat roughly 10 years ago when Mirza Moved back to Amman and started the first BJJ school in the Kingdom. The promotion marks the first home grown Black Belts in the country. Its fair to mention that Mohammed Bilbeisi (22 years old) is the youngest gentle art practitioner to receive the black belt in the history of the Middle East. "These guys have all been living through bjj for the past ten years. They were directly involved and responsible to train the Jordanian Army and Police Forces. I am sure they will be responsible and to the par when it comes to spreading the sport in the region", explains the proud Black Belt Master Zaid Mirza.

The names of a few more notable black belts were mentioned at the promotion, master practitioners who all left a notable mark on the development on the gentle art in Jordan. Cassio Werneck, Pedro Galiza, Jonatas Gurgel, Rodrigo Reis, and Francimar Barroso were all remembered for their contribution to BJJ in Jordan and the students at Team Mirza BJJ.