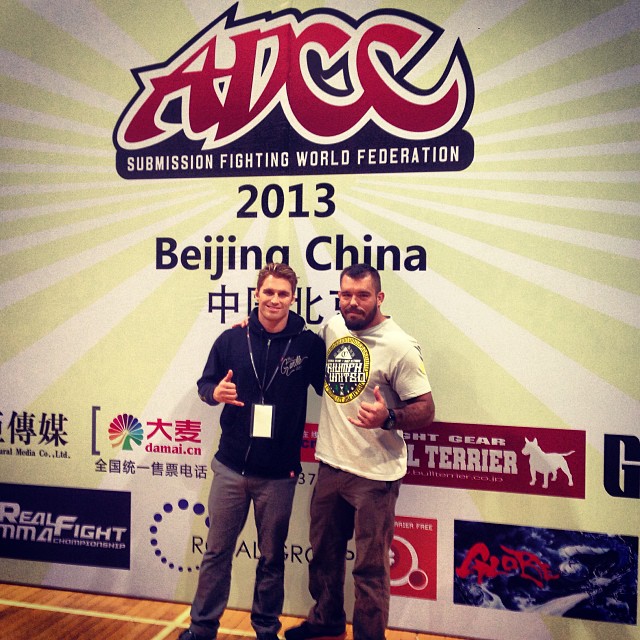 With the brackets released we can give our predications for ADCC 2013. The disclaimer is always that ADCC brings out a lot of surprises and even this veteran reporter/observer of ADCC has been wrong often 😉

U66KG
Favorites: Rafael Mendes, Rubens Charles, Augusto Mendes, Joao Miyao.  My predication is for once again a Rafa v Cobrinha final with Tanquinho Mendes perhaps getting in the way and defeating Cobrinha in the semis. Rafa takes the third consecutive title in a barn burner match

U77KG
This is one of the toughest divisions to compete and to predict.
Favorites:  Kron Gracie, Leo Vieira, Leo Nogueira, Octavio Souza, JT Torres and Lucas Lepri. If JT does what he does in the gym he will be there in the finals or at least semis. Match up make fights and if past performance is any indicator I have Kron and Lepri in the semi's with Kron advancing to the finals while on the other side Leo Vieira and either Nogueira or Souza with Leo Vieira in the finals. Finals too tough to predict as this could go either way but since I have to make a predication I'll believe Kron has a slight edge on a 20 minute match

U88KG
Another very difficult division to predict. Almost anyone has a chance to win.
Favorites: Popovich, Lovato Jr, Chsiev, Lucas Leite, Clark Gracie, Keenan Cornelius, Calasans and Romulo Barral. All can reach the semis and the finals. My prediction is for Lucas Leite and Pablo Popovich to make the finals with Leite taking the title

U99KG
Favorites: Dean Lister, Joao Assis and Leo Nogueira. I have Dean and Assis reaching the finals. If Assis plays a smart game he has a chance to win the title, if he tries to match submissions with Dean as he did in 2011 he will be once again submitted

Over99Kg
Favorites : Vinny Magalhaes and Marcus "Buchecha". "Buchecha" doesn't have a history of competing at high level without the Gi but the 2 times World Absolute champion should win a final against the defending champion Vinny

Ladies U60KG
Favorites: Michelle Nicolini and Luana Alzuguir. This finals will be great, Luana is a past defending champion and Nicolini lost the last finals to Kyra. They've fought before and it is always a tough match. This could go either way but since i have to make a predication I have Nicolini taking the title

Over 60KG
Favorite: Gabi Garcia and Penny Thomas. Unless Penny goes away from her style of getting in difficult positions I have Gabi winning this match. Penny's chance is to stay away from the bottom and somehow take Gabi's back, but the smart money is on Gabi for sure