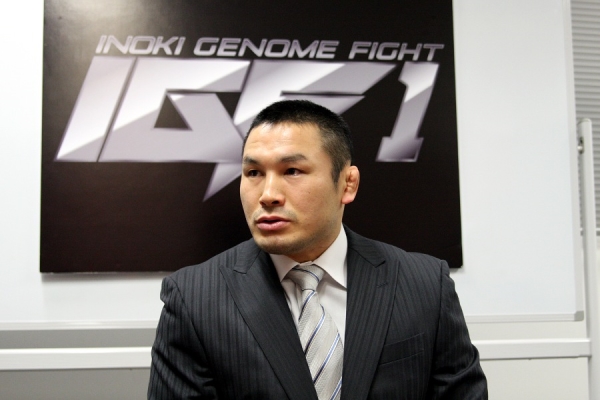 Ikuhisa Minowa, a.k.a. Minowa-man, is confirmed to fight Goran Olle Ulf from Sweden in IGF 1.

"My opponent is unknown but if I am careless then that would affect the result so I am going to be prepared 120%."

This is what Minowa said at the press conference held at IGF office in Tokyo and he is completely right.

Olle Ulf is a complete unknown.

So this should be an easy win for Minowa.

A fight to promote him to the next step which is a possible showdown with Satoshi Ishii, an Ace fighter of the promotion.

Minowa himself discussed that possibility, "There is a title in IGF so, step by step, I would like get closer to that."

He also added, "In regards to challenge at my right weight class, if this is for promotions in overseas, I would like to fight on those rules, but in IGF my goal is to fight in the open-weight division. It has always been my ideal to become an open-weight champion."