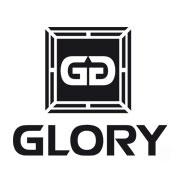 Rome, Italy (Nov. 3, 2012) – This weekend’s GLORY 3 Rome ‘Final 8’ event is being broadcast to over 300 million homes in 180 territories worldwide, making it one of 2012’s most widely-broadcasted sports events and allowing fight fans around the world to watch the elite athletes of the world’s premier kickboxing organization.

On Saturday night, the eight best lightweight stand-up fighters on the planet will battle it out over the course of a one-night tournament for a $300,000 grand prize. It is the largest purse in the sport of kickboxing and the tournament belt is the sport’s most prestigious honor.

The event takes place in Rome, Italy and the Italian sports broadcaster Rai Sports 1 is part of GLORY’s line-up of premier broadcast partners. Rai Sports 1 will be airing the grand final live across the country at 22:30 local time, with a re-run of the full event later in the week.

"This is one of the most exciting sports in the world and that is reflected in the worldwide desire to see these top athletes take part in this prestigious competition," says GLORY Managing Director Marcus Luer.

"From Europe to Asia and the Americas, the Final 8 fighters are recognized as being the best in their weight class and there is tremendous interest in the tournament. And even the casual sports fan, who is perhaps new to kickboxing, will find something to enjoy – the speed, the drama and the athleticism cannot be matched by any other sport."

GLORY 3 Rome ‘Final 8’ takes place today/Saturday at the Pala Lottomatica in Rome, Italy. The historic venue was the scene of Muhammad Ali’s gold medal triumph in the 1960 Olympic Games and provides an iconic setting for this meeting of the world’s elite.

Fans without access to a live television broadcast can watch the event on a live, high-definition stream available via GloryWorldSeries.com at 20:30 CET/3:30 p.m. EST/12:30 a.m. PST. The HD stream is priced at $15.00 US / €11.60 – visit to GloryWorldSeries.com for more details.