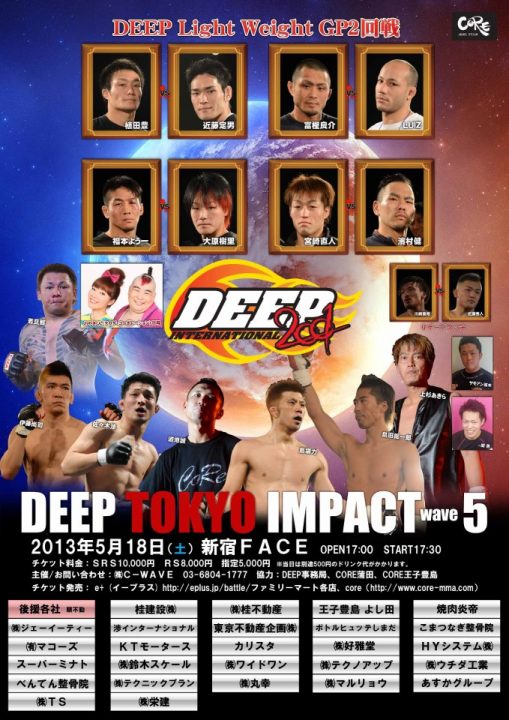 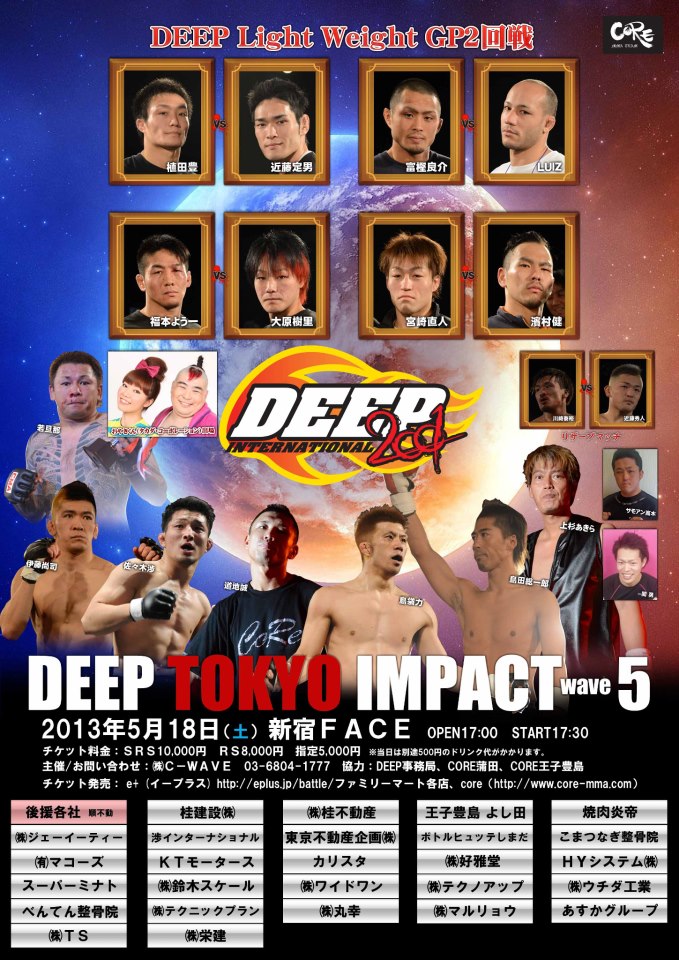 Second round bouts of DEEP Lightweight GP are going to be held this weekend at Shinuku FACE.

The headliner is going to be GP bout between Sadao Kondo and Yutaka Ueda.

Kondo is on a row. Just scored two KO / TKO wins in a row. At age 33, with pro MMA record of 8-2-1, he could be thinking this maybe his last opportunity to shine. If that is the case then a veteran from team BLUE DOG should be highly motivated.

His opponent, Ueda, is a young up and coming grappler from team GRABAKA. Recently he has been struggling. Dropped three out of last five fights but he is still 26 years old who won first six straight pro MMA bouts of his career, therefore, Ueda is definitely not to be under-estimated.

Naoto Miyazaki, who stole the headline at the opening rounds by submitting a former DEEP welterweight champion Hidehiko Hasegawa, is going to face Ken Hamamura from team Honey Trap.

Miyata's background is traditional karate. During his amateur years he went all the way to the final at All Japan Wado-kai Championship yet, against Hasegawa, he proved that he can also fight on the ground.

Hamamura is a heavy puncher who has scored a 12 KO wins in his career. He is same age as Miyazaki, at 29, so we can expect Ueda to fired up, and this fight may turned out to be the toughest test for Miyazaki till this date.

Luiz Andrade, a.k.a. "LUIZ", never had to fight in the opening round because Daryl Lokuku was 2.3 kg over the weight. For this second round, he is going to take on Ryosuke Togashi. Togashi a 25-year old with heavy hands that KO'd Kanho Ryu in just 28 seconds at the opening round of this GP.

The other second round bout is going to be a battle between two veterans, Juri Ohara from team KIBA Martial Arts club and Yoichi Fukumoto from team Itadaki Jiu-jitsu.

Report by Shu Hirata
Poster image courtesy of DEEP blog: The Wild Side of DEEP
http://www.deep2001.com/blog2/