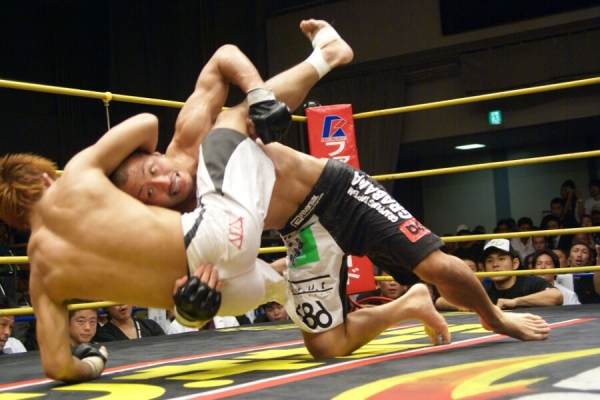 DEEP featherweight champion, Kazunori Yokota, who won a submission award at Abu Dhabi Warriors by defeating Anatoly Safronov in November, is going to defend his belt against SHOJI.

These two fighters met back in DEEP 54 and Yokota won via unanimous decision. Since this fight, in February of last year, Yokota captured a title, and also, SHOJI won three straight fights. Therefore, it was just natural for DEEP to do this re-match for 145 lbs title.

Also, in this show, DEEP is going to crown two new champions.

A bout between UFC / PRIDE vet Kazuhiro Nakamura and RYO is going to determine who would fill a vacant spot and become sixth DEEP middleweight champion.

In addition, the final of Mega-Ton tournament between Ken Hasegawa and Hirohide Fujinuma will be held and this one is going to decide the champion at open-weight class. This title has been vacant since Levan Razmadze relinquished the belt last year.

Finally, there is going to be 135 lbs tournament final between DJ taiki and Toshiaki Kitada. The winner of this bout will get a right to challenge Yoshiro Maeda for DEEP bantamweight title.