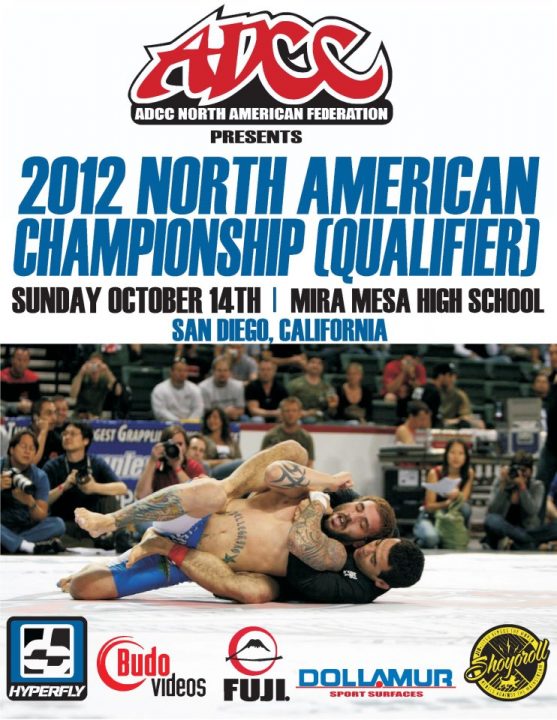 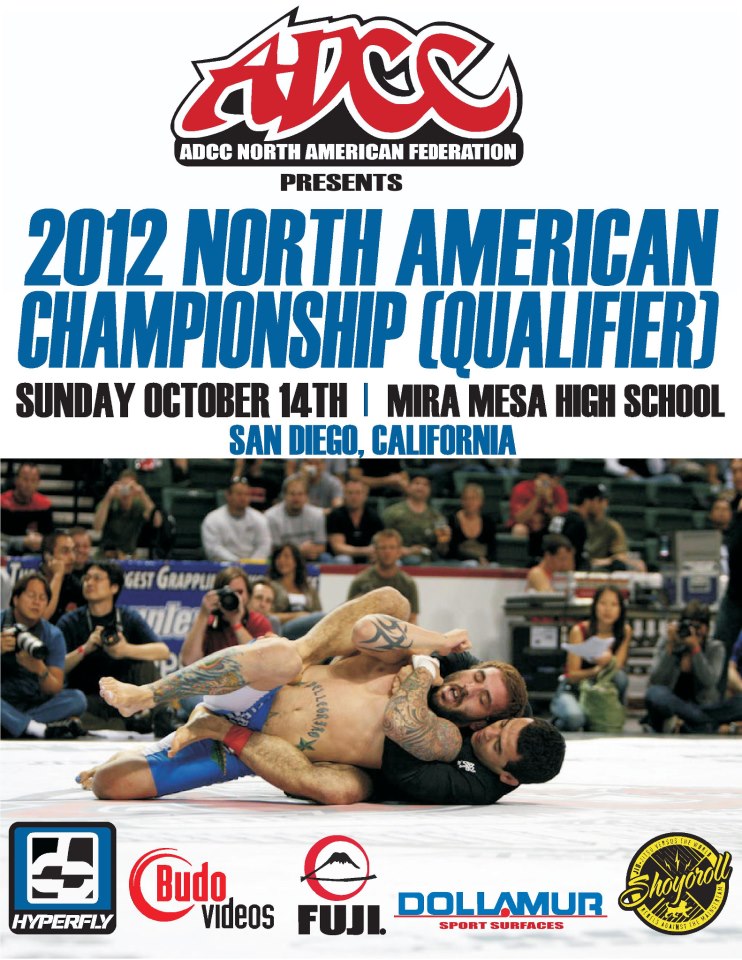 To be the best, you must compete with the best…and the best compete at ADCC!
Attention all Grapplers of all styles, you have 7 days left to register for the 2012 ADCC North American Championship.
Where 5 winners will receive not only the title of north american champion, but the first invites to compete at the 2013 ADCC World Championship.
The ADCC is where legends were created like Marcelo Garcia, Eddie Bravo, Robert Drysdale, Renzo Gracie, Mario Sperry, Rafael Mendes, Andre Galvao and more!
Some of the stars who have already registered include:

The tournament is for Experts only (3 Years + Experience).

IMPORTANT: Competitors Must have a US, Canadian or Mexican passport to compete!
Date: October 14th 2012

Time: 9am to 5pm
Cost: $80.00 (No Refunds)
Weigh Ins: Will be done before the division is called the same day of competition.

Every weight classes’ 3 best fighters receive medals.
Every winner of each weight class will receive an official ADCC Kimono donated by Fuji Sports.