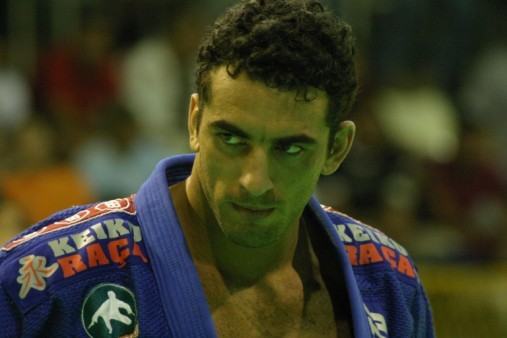 ADCC Submission Wrestling world champion Braulio Estima is set to make his MMA debut against Chris Holland. The bout will be a featured part of Titan Fighting Championships 24, which takes place Aug. 24 in Kansas City, Kan. The main card will air live on AXS TV.

Estima earned a spot as one of the best grapplers on the planet at the 2009 edition of the ADCC Submission Wrestling World Championships. He won both his weight division, under 88kg, and the absolute with victories over the likes of Andre Galvao, Marcelo Garcia and Vinny Magalhaes. He returned in 2011 and won the superfight over former Strikeforce champion Ronaldo “Jacare” Souza.

The grappler’s foray into MMA has been a slow process. He was originally scheduled to debut against Bellator veteran Rick Hawn in 2010, but the event was cancelled at the last minute. Earlier this summer, Estima was scheduled to face former Strikeforce champion Nick Diaz in a grappling contest at the 2012 World Jiu-Jitsu Expo, but Diaz did not show.

Also on the card, former welterweight Anthony Johnson will make his light heavyweight debut as he looks to put his weight issues behind him. He takes on Esteves Jones in the main event.